Will You Hold My Hand

John Hunter is the father of modern medicine, a revered individual whose name is celebrated and who has his own statue in Leicester Square. However, duo We Are Goose want to expose the man behind the myth, the man involved, or thought to be, with robbing graves and a collection of murders no less. An hour-long, grisly tale through history at its most lurid. Top stuff!

That Thing in August: a Brief History of Timelessness

This ambitious comedy-theatre show has none other than the goal of proving to the audience that time does not exist (presumably within the running time of an evening stage show). Quite a tough sell but, as host for the evening Matt Welcome explains, even Einstein thought time might be just a ‘persistent illusion’. Prepare to have your grey matter (and funny bones) tested.

This cabaret show is a love letter to the age when cabaret was black and white, full of innuendo, and, above all, intended to entertain. Bettie Burlesque is your host for this evening of variety, that includes burlesque, magic, music and comedy. It will leave you wide-eyed with wonder. 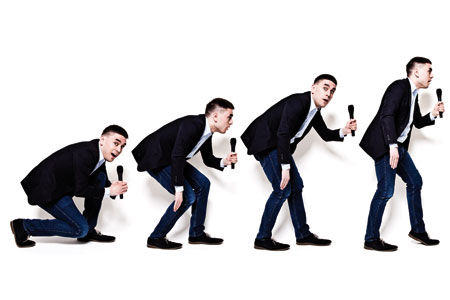 James Mullinger: The Man With No Shame

A man who has no shame about what he does or has done, taking to the stage to entertain, and perhaps shock, with his misdemeanours and truthful approach to stand-up, life on the stage, and existence in general. Mullinger promises to bring you an evening of shocks and laughs, so go along, be surprised, and walk away wondering whether shame is indeed a vice or virtue.

Scales of the Unexpected

Musical melodies and pop music parodies from this harmonious trio in a show that promises to make you smile from ear to ear.

Rosie set out six years ago to have swingball introduced as an Olympic sport by 2012, she failed (only 32 signatures in support). She‘s back with a new hour about summer sports and her misadventures of the past half a decade. 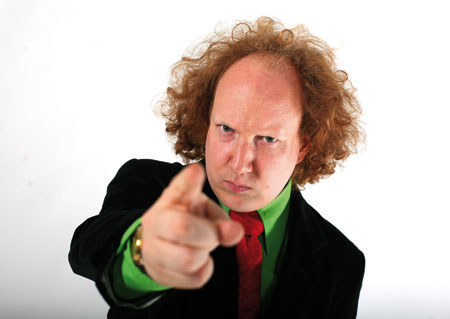 Kiss of the Red Menace

Melody La Rouge sings this tribute to Broadway and, in particular, Kander & Webb, the songwriting duo behind some of musical theatre’s greatest hits. Chicago, Cabaret, New York New York, they’re behind them all. They’re doing a week in Camden before taking off the Fringe north of the border. 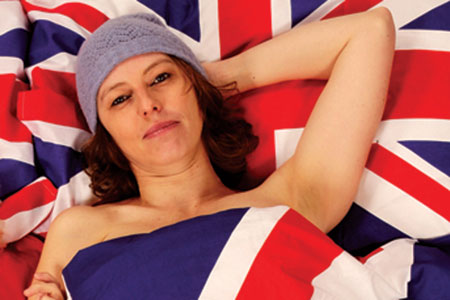 How Not to Make it in Britpop

Fringe regular Rosie hits the fest with two shows this year, this second one recounting her attempts to make it in the heady days of Nineties indie-pop (she failed again) – a time when she supported Bob Geldof and mimed on children’s TV. How not to get ahead in showbiz.

A two-man rock opera about why the dinos died, and why they are coming back.

East End geezer Lee Hurst leads the line-up at this evening’s boat laughs. Admittedly, the craft is moored, but it has ace views over the river, from its vantage point opposite the South Bank.

The Unexpected Items – Olym-pics and Mix

The sketch group turns their attention towards the Games, with sporting-skits and songs celebrating – and mocking – those for whom winning is everything. Losers! 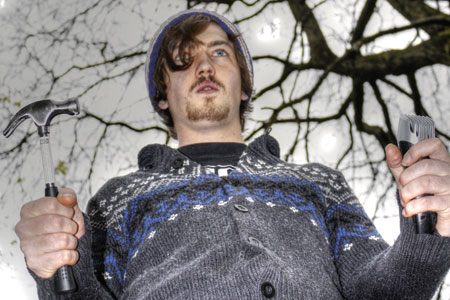 This one-man play has lofty ambitions – it tells the story of an amateur scientist who finds out that there is going to be a zombie apocalypse, and recounts the 10 days between his life-shattering discovery and Z-day. Writer/director Lizzie Milton says of the show: “It’s an exploration of loneliness, how actors relate to an audience and the normalisation of tragic events in our lives.”

This comedic performance, revolving around doomed protagonist Harold Grimhold, sees our anti-hero, or just non-hero, struggle to deal with life, whether zombies are on their way or not. Sketch actor and stand-up Andrew Goddard stars.

A Fringe regular, Chris arrives in Camden to tell of the year in which his life fell apart. As the comedian explains: “The age of 41, freshly single and weeping like a little girl, it was the worst year of my life.” To add to his bad luck, it was also the year in which he died on stage in front of the prime minister, got himself sued by a multinational bank and played a depressed owl to boot. This tumultuous 12 months forms the basis of this new show – two years on from the Chris-apocalypse – in which he considers how it all went a bit wrong, and how he managed to claw his way back from the brink of ruin to find success again.

Robin Ince is in and Out of His Mind

The lauded comedian performs this work-in-progress show for one night only at the Fringe, in which he considers the human mind – or it could be about theories of the brain … or even Charles Darwin. He’s not sure yet. 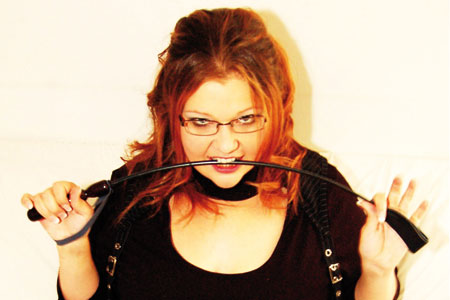 Escort-turned-stand up Melody reveals the answers to “all the questions you wanted to ask” in this anecdote-laden performance. 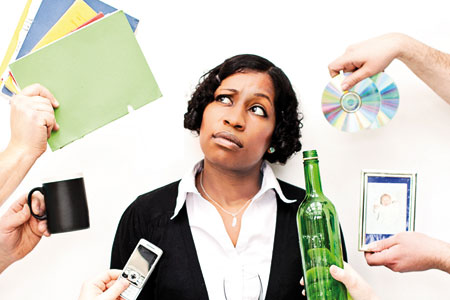 Every wondered what the teachers say away from the classroom and parent-teacher night? This new show spends a year in
the company of Parkview Behaviour Support Unit as it battles gruelling Ofsted inspections, arson, and its challenging young wards. An eye-opening look at today’s youth and those tasked with educating them.

This modern-life analysing show looks at how technology – the evil interweb! – shapes every waking moment, move and decision of our lives. Prescient stuff. Big Brother’s never been bigger.

London event: The Spectacular Spectrum of Now at Netil House on July 14