The list of goofs culminated yesterday with a public mocking by London mayor Boris Johnson in front of the assembled masses in Hyde Park for the Olympic Torch Relay Coca-Cola Concert.

To be fair to Romney, he was just observing what everyone else has been groaning and moaning about for weeks – although, diplomatically speaking it might not have been the best move.

“There are a few things that were disconcerting. The stories about the private security firm not having enough people, the supposed strike of the immigration and customs officials – that obviously is not something which is encouraging.” he told US news network NBC’s interviewer Brian Williams.

This sparked off a bit of a war of words, with PM David Cameron responding with a defensive statement. “We are holding an Olympic Games in one of the busiest, most active, bustling cities anywhere in the world. Of course it’s easier if you hold an Olympic Games in the middle of nowhere.” 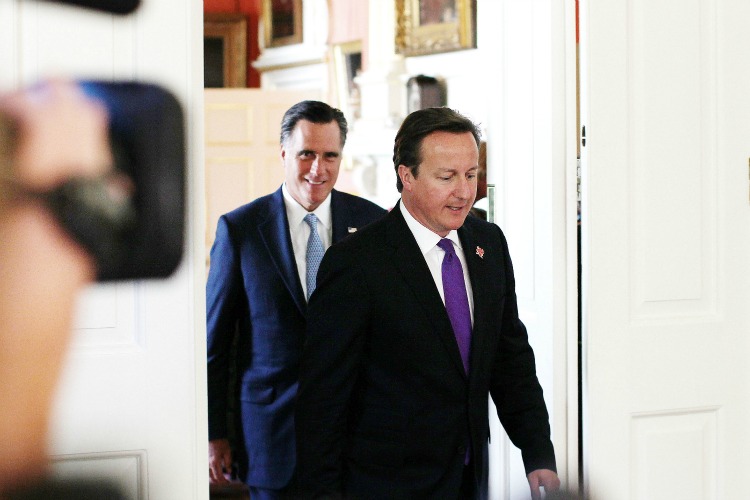 Cameron was referring the Salt Lake City Winter Olympics in 2002 – ie. the ‘middle of nowhere’ in the U.S. state of Utah.

Romney also met with Labour leader Ed Milliband, saying “Like you, Mr Leader, I look forward to our conversations this morning.” Some commentators have suggested from this comment that he had forgotten the leader of the opposition’s name.

Johnson said on stage at Hyde Park yesterday “There are some people who are coming from around the world who don’t yet know about all the preparations we’ve done to get London ready in the last seven years. I hear there’s a guy called Mitt Romney who wants to know whether we’re ready. Are we ready?”

You can see the response from the crowd in the video above.