One of its major selling points is its proximity to the playgrounds of the ultra-hip – Shoreditch and Dalston.

But Bethnal Green’s appeal reaches wider, with students of nearby Queen Mary’s University moving into its apartment blocks and more twenty-something City workers arriving in search of a crash pad near the office.

Add this to the area’s large Bangladeshi population (London’s biggest) and you’ve got one diverse place.

Kier Hawkins, property consultant from Ellis & Co in Bethnal Green Road, says: “There are no airs and graces here – we don’t have Starbucks; it’s more authentic and independent. It’s not like Highgate, Islington or Camden – it’s more raw.”

The best bits of the borough are in pockets off the main roads – Globe Road for pubs, galleries, cafes and shops; Broadway Market for fresh produce and artisan foods; and Columbia Road for its flower market.

Bethnal Green is also a great stop for boutiques and anything vintage. Beyond Retro is on Cheshire Street and there are a host of pop-up vintage sales such as The Bethnal Green Affordable Vintage Fair. For high-street knockoffs, there’s also a market on Bethnal Green Road. 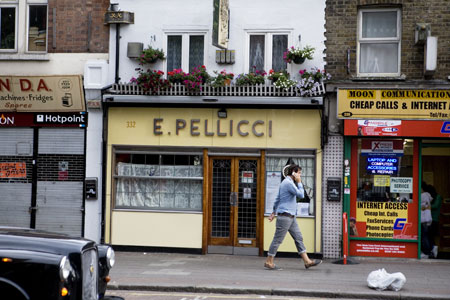 Head further towards Whitechapel and you’ll find Bangladeshi, Bengali and Indian restaurants that are an alternative to brash Brick Lane. Bethnal Green loves a party, too. The Working Men’s Club is a retro lover’s mecca – all sticky floors, dressing up and rock ‘n’ roll. Or try The Eleanor Arms on Old Ford Road. It’s a no-frills local pub, which is what Bethnal Green does best.

The Florist Arms on Globe Road is best for mid-week drinks and pizza. At the weekend, the Star has some quirky events, including Friday night karaoke.

Proximity is what makes the area so popular, Mo Rahman, of Globe Estates, in Roman Road, says. “You can walk to Brick Lane, Shoreditch and the City for bars, restaurants, cafes and clubs.”

Being so close to Zone One, Bethnal Green bustles day and night. Rahman says: “At the weekend there’s always somebody around. And you’ve also got the 24-hour bus routes in and out of the city.”

Hawkins agrees: “Why spend an hour on the train every day when you can be 10 minutes from Liverpool Street?”

Bethnal Green is on the Central Line in Zone Two, so you can be in Central London in 15 minutes.

So now you’ve sussed the area and you think you’ll like it, where should you be looking to live? 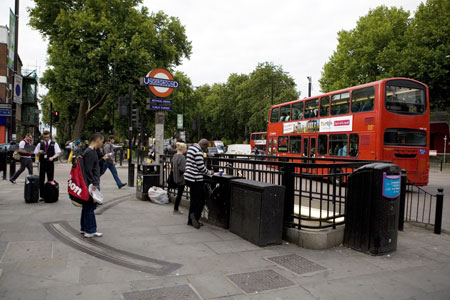 Prices are competitive. The more fashionable, better-looking and generally pricier spots are the terrace houses of Wilmot Street, as well as nearer to Columbia Road and in Lauriston Road by Victoria Park, which is currently having a £10m makeover in time for the Olympics and hosts festivals such as Lovebox.

For a cheaper option, go for flats in ex-council blocks – they make up more than half of the properties in the area.

And for the best deals, look for one that’s further east, says Rahman.

“The image of ex-local is rough, but once people step in and see the flat, it does change their mind,” he adds.

Bethnal Green may be gritty and rough around the edges, but in all its eccentricities you’ll find its charm.