Dismayed residents and twitter users have launched a campaign to investigate news that the stenciled mural, depicting a child sewing Union Jack flags which appeared in May 2012 around the time of the Diamond Jubilee, has been torn from the wall outside Poundland – at Turnpike Lane in Haringey.

The mural was thought to be a satirical swipe at sweat shop exploitation.

“Banksy gave our community that painting for free. Someone has taken it and plans to make a huge amount for themselves, which is disgusting and counter to the spirit in which it was given.” said Labour counciller Alan Strickland, Cabinet Member for Economic Development and Social Inclusion from Haringey Council.

“No doubt Banksy will be horrified.”

“The scaffolding and tarpaulins came down on Friday, and on Saturday residents noticed that, where the Banksy had been, there was now a hole in the wall,” Strickland told the BBC. 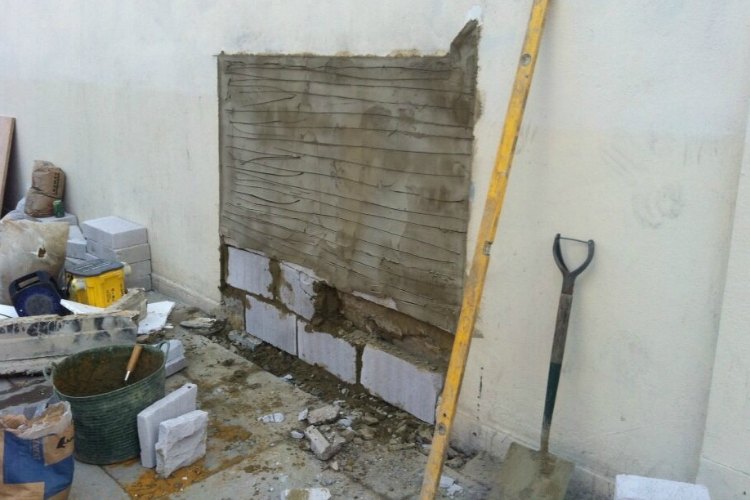 “The collector signed a contract saying everything was above board.” Fredric Thut, the owner of the Miami auction site told The Sun, who also revealed that the mural was in storage in Europe.

“If he has lied to us it is important to know. But I don’t think he lies to us.”

Scotland Yard police told The Metro that they were aware of the removal but that there was ‘no suggestion of criminality’.

The auction listing as it appears on faamiami.com

“People in the area were proud of the Banksy and many were in sympathy with the point it made. Works of art like this should not be sold off for private profit as it appears is happening…This is an area which does not have much in the way of tourists attractions of artworks and it was a real draw to bring people here.” Keith Flett, Haringey’s trade union secretary, told The Huffington Post UK.

Poundland said they were looking into the matter “We would like to confirm that we are not responsible for either selling or removing the Banksy mural. We are currently investigating.”

Pls RT. Save our Banksy from sale. Let’s all email art company auctioning it on info@faamiami.com. Tell them to withdraw it from auction

We would like to confirm that we are NOT responsible for either selling or removing the Banksy mural. We are currently investigating.