Riots spread across London last night as a second wave of violence, looting and vandalism moved from Tottenham across and Enfield and Brixton, leaving 35 police injured and 100 arrested.

Police are calling the riots "copycat criminal activity" and have said they are e shocked at the levels of "disgraceful violence" directed towards them.

Riots began in Tottenham on Saturday night, following the shooting by police of 29-year-old Mark Duggan.

On Sunday night the riots spread, appearing to be part of an orchestrated plan, mobilised by Twitter and Blackberry’s instant messaging service, BBM.

In Brixton, shops including JD Sports, Halfords and Curry’s were looted, building vandalised and police attacked.

Here’s what happened in pictures. 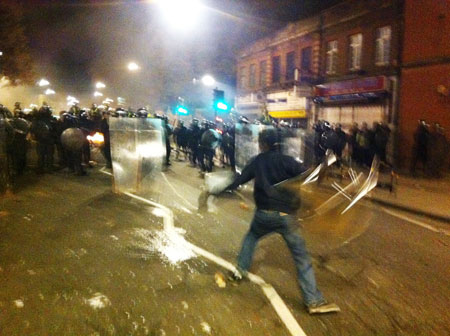 Angry protesters clashed with police in Tottenham on Saturday night after Mark Duggan, 29, was shot dead by police during an attempted arrest 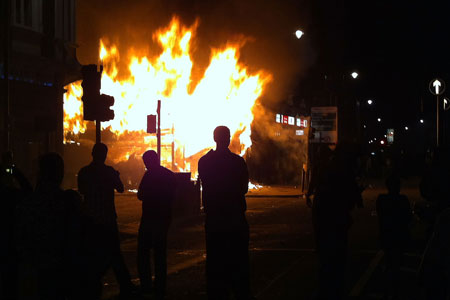 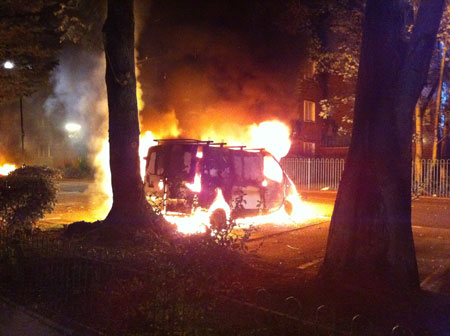 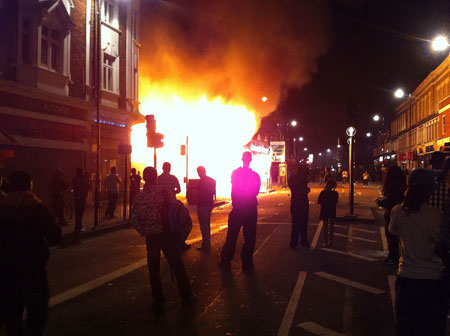 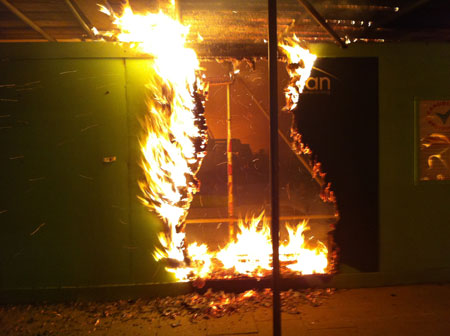 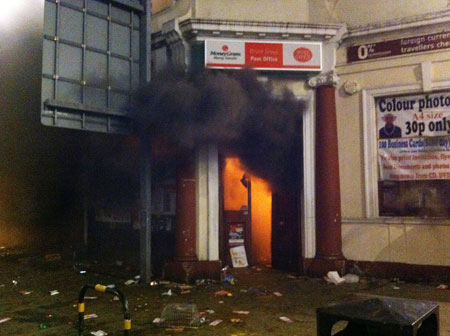 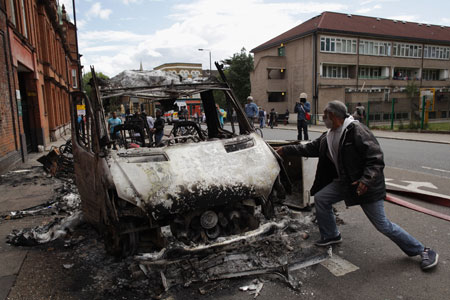 Buildings smoulder on Tottenham High St. on Sunday morning, after rioting continued through the night 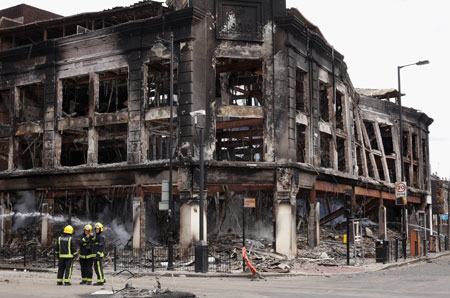 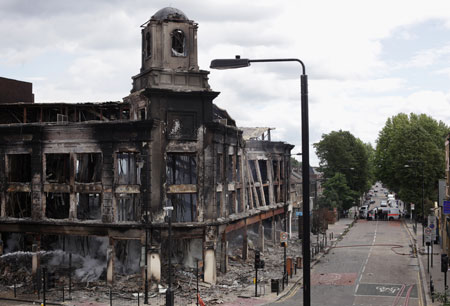 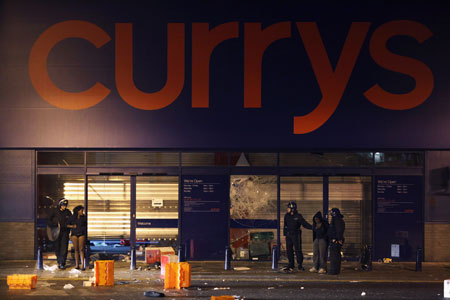 On Sunday night, riots spread to Brixton, south London in what police called a wave of "copycat violence" 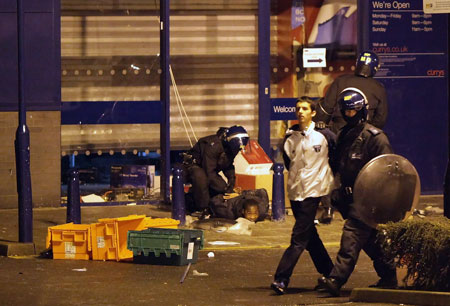 Men are detained in Brixton after gangs of youths looted shops 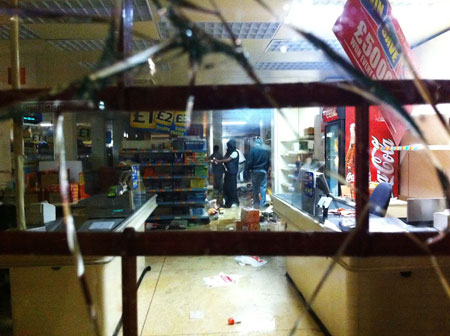 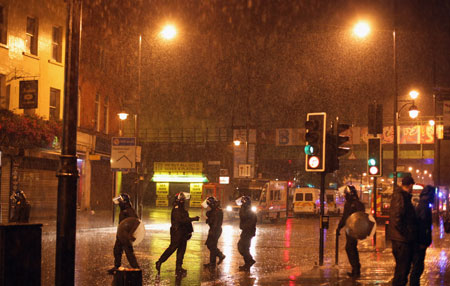 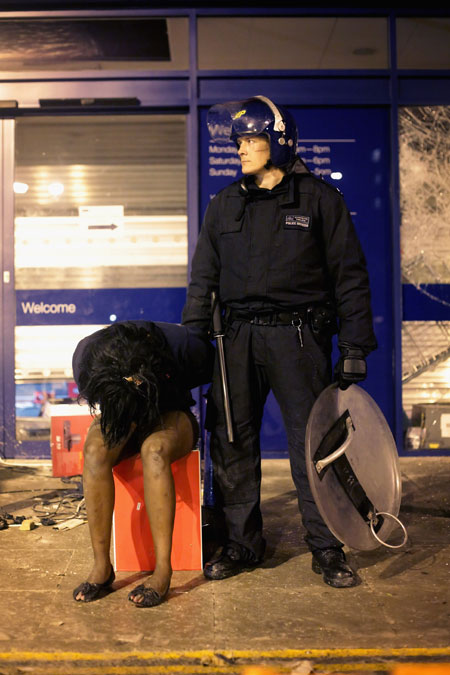 Oceania’s Catholics react to the unveiling of Pope Francis I

Holman adds experience to Socceroos for London clash with Ecuador