Film: The King of Summer

Director Jordan Vogt-Roberts and screenwriter Chris Galletta’s feature debut is a warm and decidedly funny coming-of-age comedy that deserves its acclaim as one of this year’s Sundance breakout hits. The film tells the tale of Joe (Nick Robinson) and Patrick (Gabriel Basso), two teenaged best friends who are fed up with their lives at home.

Joe’s father is a depressive widower and Patrick’s mother and father are overbearing in their attempts to be both parents and friends. So the two decide to take off for the summer and build their own house in a clearing in the woods, living by themselves with no one to tell them what to do, and with oddball pal Biaggio (Moises Arias) tagging along for the experience.

Good for: Enjoying one of the films of the year. 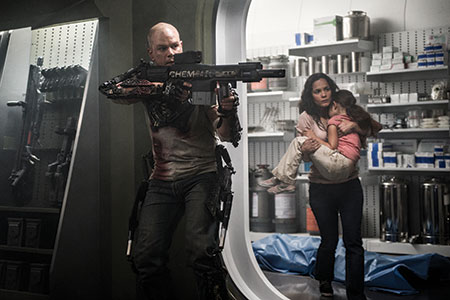 Neill Blomkamp follows up his acclaimed sci-fi/ social commentary District 9 with this equally epic-looking future tale, in which society is divided into two.

The rich live on the titular paradise space station, the others root around in the grime on Earth – until Matt Damon’s crim sets out to break into ‘the most heavily defended place in the universe’, that is.
On general release August 21

Steven Spielberg’s dinos-on-the-loose classic gets a three-dimensional retooling here. Back in 1993, no one knew what CGI was, not even Spielberg himself, but the film became a landmark in special effects. It is still, 20 years later, a thrilling movie, too, that rewards repeat viewings. Richard Attenborough’s Scottish accent not so much, though. 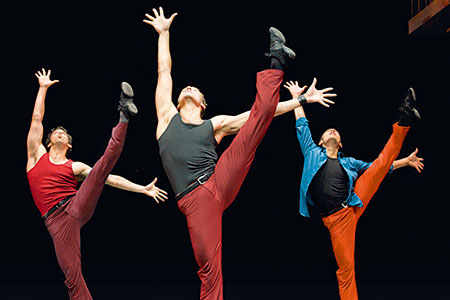 The finger-clicking opening of this dangerous musical still generates an air of excitement as rival gangs, the Jets and the Sharks, clash over their patch of New York. Not all the singing matches the vibrancy of the dancing, but who can resist classics such as Maria, I Feel Pretty, Tonight and the optimistic Somewhere. LK

It’s hard to imagine Rodgers and Hammerstein II (Carousel, Oklahoma!) being responsible for a flop, but this is the first fully staged London production of their 1955 show which opened for a limited Broadway run. The plot is basically boy meets unsuitable girl but the leads give sympathetic performances. LK 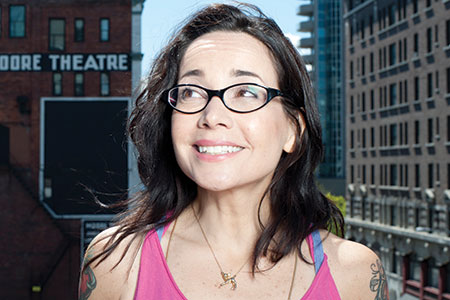 The celebrated US actress (The Larry Sanders Show, The Truth About Cats And Dogs) and funny lass Garofalo comes to London for a very special three-night stint. Famed for her acerbic wit, which takes in everything from pop culture to politics to this-is-what’s-wrong-with-the-world. Don’t miss.

The history of Britain told through the historic British weekly TV and radio listings magazine, Radio Times. The exhibition illustrates the changing culture, politics and social mores of the years since, and includes iconic covers, historic broadcasts, and never-before-seen treats dug up from the BBC archives.

The Seagulls at Osterley

Comedy: The Boy With Tape On His Face