London sound: essential gigs in the capital this week

All Tomorrow’s Parties, those innovative folk who decided to sidestep the mud and misery of festivals for an indoor take on a weekend of music at the Butlins holiday resort (sounds odd, but it works) kick off this weekend indoor fest at Ally Pally, celebrating rock and indie with a flannel shirt, Nineties-flecked vibe.

Mogwai headline Saturday (their only London gig of the year) to show you don’t need a screaming frontman to be heavy, powerful and yet surprisingly melodic. Sunday night continues the surprises with Cincinatti’s The Afghan Whigs, back from retirement after 13 years, to tear through alternative soul-infused rock gems drawing from their extensive back catalogue.

With support from sludge-metallers Melvins, Seattle survivors Mudhoney and a host of others, who cares if it rains this weekend – it’s going to rock whatever!

It seems such a long time ago Fred Durst was the biggest name on Planet Rock. He and his limp cohorts are back for the first time in three years – continuing this week’s Nineties flavour – probably banging on about wanting to break stuff, despite now being middle-aged.

Enterting its fourth year, this season launch party welcomes the capital’s clubbers to a new venue, with awesome 360˚ views of the city from its rooftop terrace. With a line-up to die for – Ballearic legend Andy P, Jody Wisternoff, Colin Dale, So Called Scumbags and more – this is the best place to start your summer clubbing.

They obtained cult status with their offbeat self- titled debut, but it wasn’t until breakthrough Teen Dream that this dream-pop duo hit paydirt with their melancholia. Victoria Legrand and Alex Scally are back with a new album, the luscious Bloom, featuring single Myth, so expect them to dip into that and their back catalogue. 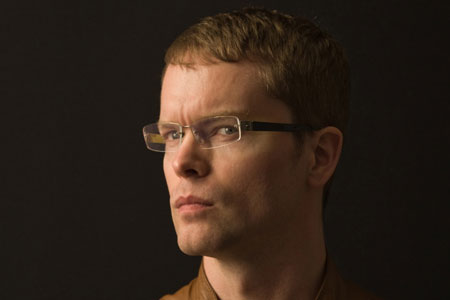 Techno legend Surgeon, aka Anthony Childs (above), heads to Cable for this ‘20 Years Of Surgeon’ anniversary DJ set, which will take in all aspects of his leftfield, diverse, industrial-flavoured career to date. James Ruskin, Silent Servant and Sigha round out this techno-head room one, with Russell Haswell, Tengui and MB & CB next door.

It’s all about the bass for this fifth birthday bash for bass brand Urban Nerds. After throwing banging parties across the country, they’ve handpicked an eclectic line-up of the UK’s finest bass artists – Newham Generals, Gorgon City, Kozzie, Scrufizzer and Warrior One – for this crazy night of choons.

One of the best band names ever, if a slightly erroneous one (he’s not a dinosaur, extinct or otherwise, and there’s only one of him). Expect fans to be legion for the man they know as TEED, who will smash this Camden show with his electro-house tuneage, extravagant costumes, and eye-popping spectacle.

Ocean’s Twelve – A Guide to the Great Ocean Road