The two-time UK beatboxing champion – he won the title in 2006, then successfully defended it the following year, before sitting on the judging panel as a guru in 2008 – brings his gob and gadgets to town.

Beardyman, also known by the less catchy moniker of Darren Foreman, made a name for himself early on with his human beatboxing skills, and went on to take the artform further than just one man and a mic.

nspired by MC Xander, he started using loops and various bits of kit to sample his own voice, sounds and noises that allow him to maintain a whole performance from start to finish entirely by himself, with his voicebox the only instrument creating sounds.

The results – as anyone who has caught the Man of Beard live, or who numbers themselves among the five million YouTube hits he’s scored, can testify – are just mind-blowing.

Since making his name, he has gone on to release a debut album, last year’s dorkishly titled I Done A Album; shared stages with a host of musicians, comedians and other assorted musical inventors; and even became the poster boy for YouTube Live, an online broadcast headlined by girl-kissing Katy Perry, which achieved the stat of being the most viewed event ever online in a single sitting.

So why the name? Because at one of his early shows, the flyer needed a name, at which point he was still known purely as Darren.

But because he had a beard, Beardyman was born. Long may he live. 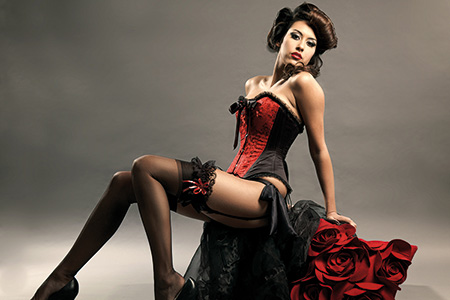 Three nights of music across six stages, for a wallet-friendly price – and if you buy five tickets you get one free, too. What makes Mischief so special, though, is its playful sense of fun and frolics.

The stages carry names such as the Enchanted Forest, Lost Boys’ Den and the Pirate Ship, and it’s all a bit like a secret party you’ve been invited to.

Musically, it runs the gamut from grime to goth and punk to pop, with arts and performance, too, so explore your creative side.

The location is secret until you’ve bought your ticket.
West Sussex.
September 21-24. £66+
mischieffestival.com 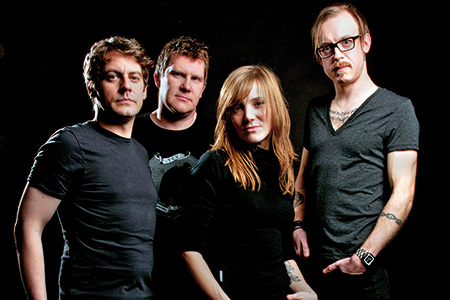 The art-rock indie band, known for their complex, ambitious recordings and multi-instrumental approach to the live show, strip it back for this acoustic gig.

After hitting the festival circuit this summer, it’s back to basics – just six-stringers, mics and, maybe, a few stools, on hand for this up-close and intimate show.

This East End night in a Dalston basement club regularly has the finest, edgiest, downright newest and most exciting acts out there, for a evening that veers from electro to techno, disco, house and back.

Punks Jump Up!, Lemmy Ashton and Attari are up tonight, with live shows from Vuvuvultures and Ghost Eyes, too.

Soltek and Somethinksounds are the latest to host the Hidden Series.

The former bring Addison Groove, J.Phlip, Dexter Kane, Throwing Snow and Daffadam & Medlam to Arch One, the latter rolling out Dusky, Ossie, Photomachine, Black Orange Juice and more for a night that spans the cutting-edge of electronic music.

Beth’s own particular brand of singer-songstress does not sit easily with others about whom these words are normally used.

The Geordie lass’s debut, this year’s Yours Truly, Cellophane Nose, with her band the Hooves of Destiny, was as delightful a record as its obscure name would suggest.

Club: Fire – In Sessions – What Matters

On their sixth party already with this Fire bash, new boys What Matters bring their tech-house to town as part of this curate-a-night season that’s already had the likes of MixMag Live take control of the decks.

Tonight, it’s all about PleasureKraft, Format: B and NiCe7, with Ben Prine, Tobie Allen, Darren Jams and more.

The Epitaph-signed US punks, who’ve toured with the likes of The Gaslight Anthem and Against Me!, hit the road in the UK again, dropping in for this central London show.

They’re purveyors of rousing three-chord, terrace-anthem punk rock, as seen on latest LP, On The Impossible Past.

My London: Denise Farrell on why London is the ‘best place in the world’