Muse started out as a bunch of moody, Radiohead-esque indie kids that liked to rock out.

Early single Muscle Museum, with its alarmingly depressing video full of miserable people crying their eyes out, was all operatic vocals and throbbing bass before breaking into a distorted guitar-driven yelp of a chorus.

In the space of six albums, though, they’ve become one of the biggest, most ambitious and, in the live arena, downright spectacular bands the UK’s produced in the last decade.

They returned in September with The 2nd Law – which had only a modicum of dubstep influences on it after a teaser trailer on their official website had fans all aflutter that they’d ‘done a Skrillex’.

Eschewing dubstep directions, what it did have was the band’s trademark towering bombast.

Dig deeper on the record, though, and it’s quite plain to see the ambition that has characterised their output so far – rocking out in videos on warships or playing gigs in space, as well as turning the live show up all the way to 11 – has not been left by the wayside.

For Muse, performance and making an impression is everything – you’re unlikely to find them sitting atop bar stools murmuring away for an acoustic vibe, but highly likely to see them shooting lasers out of their guitar necks.

New Born, Plug In Baby, Time Is Running Out, Starlight, The 2nd Law’s single Madness – these are contemporary rock classics, and live they take on a whole new life. 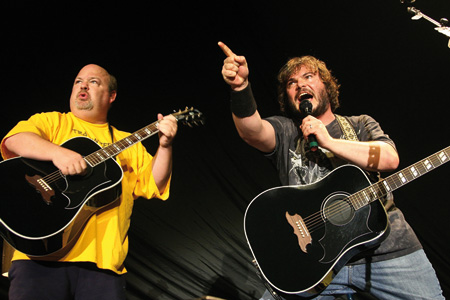 Joke bands are a dangerous thing – for every Spinal Tap, there’s a Darkness (they’re a joke, right?).

But Jack Black and Kyle Gass’s Tenacious D are a cut above – informed, as the Tap before them, by a love and passion for the music they are, only in part, mocking. Expect a raucous rock ‘n’ roll riot to rival Muse. And funnier.

Club Antichrist: Night of the Undead

Tech star Shed, San Proper, up-and-coming London house DJ BLM, and residents Giles Smith and James Priestley are the acts confirmed for this second Halloween show from the SecretSundaze crew, who moved up from the Village Underground last year to this new Shoreditch warehouse space. 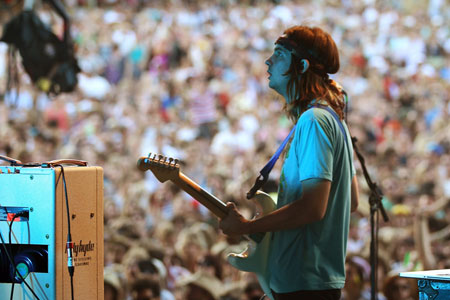 They’ve added up some extra layers of noodling and synthscapes to the hypnotic dream pop-rock of their debut, Innerspeaker, too. 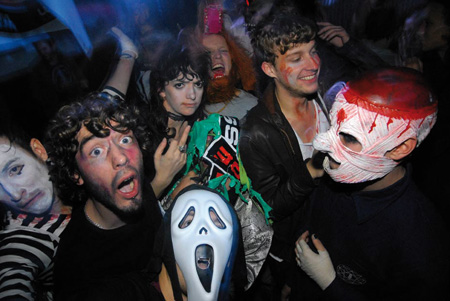 XFM’s Eddy Temple Morris, Stereotype, Sweet Dreams, Johnny Doom and Matt Stocks are some of the acts confirmed for this bash on the Thames.

Hip-hop, dubstep, drum ‘n’ bass, plus classic rock and party tunes and a Titanic nautical theme, make this one of the more unique and OTT Halloween parties out there.

These Nineties Kiwi indie-poppers, who called it a day in 2002, returned earlier this year for a smattering of shows back home.

After a decade in the wilderness, and with the original line-up of Don McGlashan, Ross Burge and David Long, they’re back over here to smash through hits like Dominion Road and The Heater.

To Russia with Love – Trevor Bone from On The Go Tours