Though Londoners may turn their noses up at the idea, it’s not as unusual plan as it might at first seem, although the concept may seem off-putting to many. A Thames Water strategy document seen by the Evening Standard read: “Although a common practice in some other parts of the world, planned wastewater recycling is relatively untried in the UK.”

London’s water company predicts an increasing problem as the city’s population grows and intends to “explain the pros and cons of all these options to our customers and seek their views.” 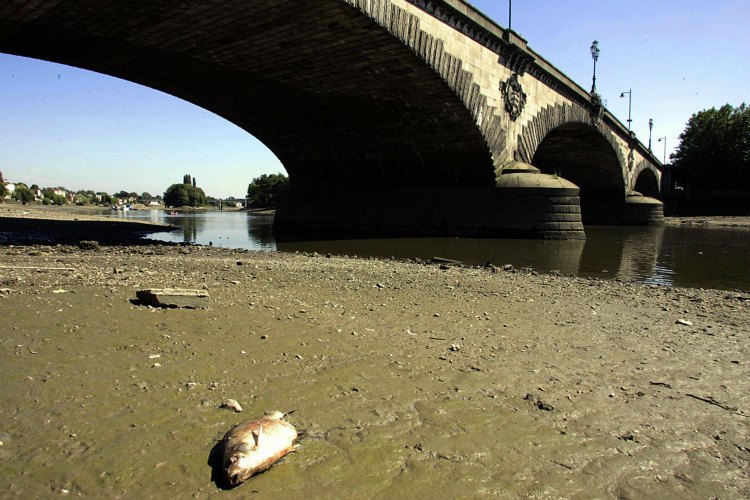 A scene from 2004 when thousands of fish died after 600,000 tonnes of raw sewage were discharged into the river when thunder storms left the city’s Victorian sewer system overwelmed with the huge volume of water (Getty images)

The process for processing stinky waste water from dishwashers, washing machines, toilets and sinks involved “putting treated effluent from a sewage works through a further process which allows the effluent to be returned to a river at a higher than usual quality and pumped out again downstream for treatment to drinking water quality standards and supply to customers.”

McCanns believe there is a good chance Madeleine is still alive

Not Quite Berlin Wall