London’s official mascots for the 2012 Olympics have been unveiled and the Canadian press has declared mascot war!

Meet Wenlock, who’s the official mascot for the Olympics, and Mandeville, the Paralympics mascot.

The gruesome twosome were introduced to the British public today at a school in Tower Hamlets, east London. Until now, their quirky design has been top-secret. 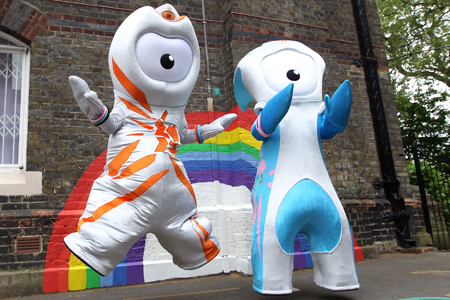 London design firm Iris took nearly two years creating the characters in all their one-eyed, neon-attired glory. Wenlock is called after the village of Much Wenlock, Shropshire.

Mandeville is named after the origins of the Paralympics at Stoke Mandeville Hospital, Bucks, in 1948.

Of course, we all love to put our two-pence worth in and the mascots have been the subject of heated discussion on Twitter this morning.

Meanwhile, the Canadian press wasted no time in slating Wenlock and Mandeville with the Vancouver Sun writing: “It’s safe to say [Canadian] 2010 mascot Quatchi could kick their alien butts, with no help from fellow mascots Miga, Sumi or Mukmuk.”

Ah give them a break. They kind of remind up of our little brother’s pyjamas back in the ‘80s.

Canadian mascots. Up for a fight? 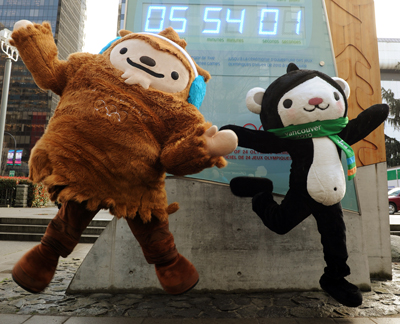 Get more info on the London Olympics 2012 here:
london2012.com/mascots