There isn’t much to be said for being in a recession but, perhaps, the revolution in eating that has taken place on the streets of London is one such triumph over adversity.

A few years ago, street food meant questionable burgers from dirty vans, braved only on the way home from the pub. How times have changed.

Few Londoners will have failed to notice the growing army of traders serving gourmet eats from vans or market stalls around the capital.

This month, the British Street Food Awards holds its third annual competition on September 15-16, outside Jamie Oliver’s restaurant, Fifteen, rounding up the country’s best traders in a celebration that includes DJs, live music, cocktails and some seriously exciting menus.

Food journalist and TV food critic Richard Johnson, the man behind the awards, believes a number of factors have contributed to the rise of this new kind of eating.

“People don’t have the money to start a restaurant, but with street food they can be creative and inventive without the overheads,” he says. “We’re lucky, as great food will often arrive on the street first.” 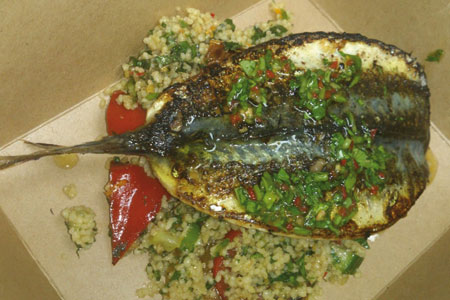 Johnson’s excited about the British public’s growing interest in food. “People are bored of the starter-main-course-dessert formula,” he says.

Epitomising this attitude, What The Dickens, a London outfit that has made the awards finals, has put a new slant on traditional British food, with dishes such as kedgeree and devilled kidneys.

Although food is their focus, Michael Quinn, Adam Bernstein and Dominic Rose have turned the process of buying grub into something of a spectacle, dressing in Victorian garb, playing ukuleles and riding a modified tricycle.

“People enjoy a bit of showmanship,“ Quinn explains. “We want it to be fun.”

But don’t let the hijinks fool you into thinking this isn’t about the food. What The Dickens describe themselves as being “a three-man mission to revitalise neglected British dishes”.

What The Dickens’s success has, of course, led to talks about opening a restaurant. But, Quinn says, it’s the freedom of being a street food trader that still appeals. 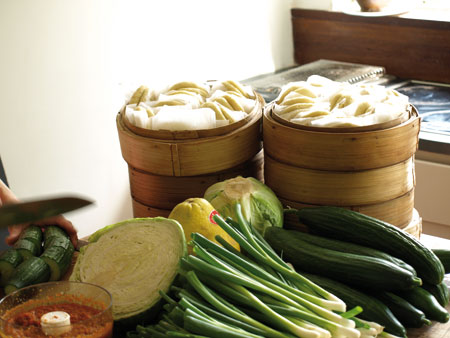 They will, however, be serving breakfasts in the Reliance (336 Old Street) from the end of September.

Green Goat Food, another London-based finalist, only began trading this year, but have already built a following hungry for their fresh veg, seafood and meat. It’s hard to imagine dishes of the calibre of cuttlefish and roast garlic aioli being prepared in a van, but that’s definitely the case.

“It’s a whole different world and catastrophes happen,” chef Claude Compton says. “We can laugh now but on the way to a market in the early days, the fridge fell over and all our hard work was splattered against the back of the van.”

Compton welcomes the Street Food Awards as a way of recognising the scene’s impressive talent.

“Street food has no Michelin or Good Food Guide despite the food quality now competing some of these places,” he says. “The awards are a great idea.”

For more on the British Street Food Awards, see britishstreetfood.co.uk