Elliot Fogel first developed an unhealthy obsession with Claire Waxman when they were in their final year of high school. She rebuffed his advances several times and didn’t hear from him again for 10 years, when, in 2003, he contacted her out of the blue and then turned up outside her home, jogging on the spot. Over the next eight years, Fogel’s infatuation cast a shadow over Waxman’s life – three times, he breached restraining orders and when police arrested him, they found copies of her wedding photos on his computer as well as evidence he had paid for background checks on her husband. Earlier this month, Fogel’s defence lawyer called for the 36-year-old TV producer to be the first person referred to a specialised clinic that treats stalkers.

The National Stalking Clinic, which opened two weeks ago in north London, will be run by the Barnet Enfield and Haringey division of the Mental Health NHS Trust and has been welcomed by victims groups. Alexis Bowater, chief executive of the Network for Surviving Stalking, insists pro-active measures are necessary to deal with stalkers, whose pathology, she argues, can predispose them to violent crime.

“The clinic will provide risk-assessment and treatment and rehabilitation for stalkers and it’s important because one big problem with this crime is that they’re recidivists – stalkers are likely to re-offend,” Bowater says. “Stalking is psychological terrorism of the victims and it’s a red-flag scenario. People need to take it more seriously – it can lead to sexual assault, rape and murder.”

It is a position, though, that may strike some as alarmist. If, in the course of a messy break-up, one party persists in trying to rekindle a relationship, does that really constitute “psychological terrorism”? Is it right or reasonable to assume some poor wretch, who, in the throes of unrequited love, doesn’t immediately take no for an answer is therefore on the path toward committing sexual assault?

Bowater acknowledges the grey area but insists there is a meaningful distinction between garden-variety love sickness and something more sinister.

“It’s the question that most people ask,” she concedes. “What’s the difference between someone who’s just recovering from the end of a relationship and stalking?

“Most people will engage in that kind of behaviour – begging, pleading, trying to get someone back. Stalking is not just a bloke sending flowers and saying he’s really sorry,” Bowater explains. “I mean, heartbreak is normal, but most people will get the message if it’s over. Stalking is persistent, unwanted attention that creates distress in the victim. Normal, healthy people won’t carry on for more than two weeks. After that, it gets into pathological behaviour – unusual, abnormal behaviour.” 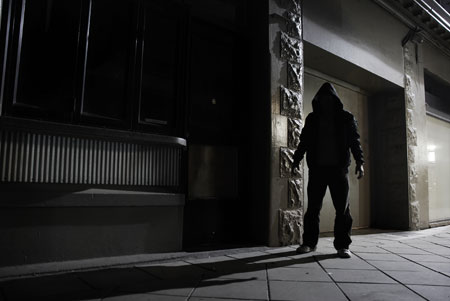 Dr Frank Farnham, one of the founders of the National Stalking Clinic, has spent his career as a forensic psychiatrist working with “mentally disordered offenders”. He agrees that two weeks is the decisive timeframe, the point that divides the bell-curve – if obsessive behaviour persists beyond the initial fortnight, then it becomes clinically unhealthy.

“We’re not talking about pining adolescents who might engage in this kind of behaviour for a week, “ he says. “It’s pathological; an obsessive pre-occupation that these people can’t escape. The research shows that there’s a blip at two weeks – beyond that, the average length of this behaviour is a year or two.”

There may be a rough formula that works to distinguish stalkers but there is not, Farnham says, a one-size-fits-all approach to treating them because, he explains, their motivations can differ dramatically.

“To effectively treat them you have to first assess their mental state and motivation,” he says. “About 45 per cent are trying to re-form a relationship and have a jealous streak and, I suppose, an enlarged sense of entitlement.

“Another group might have a pre-occupation with a cause or an institution, so might start stalking someone in a position of power, a CEO for example, hoping to have a particular grievance resolved.

“Then you have people who are simply mentally ill – who are delusional – who believe the object of their affection loves them back when that’s clearly not the case.”

The most dangerous kind of stalker, Farnham says, is the kind who is tracking a victim as a prelude to committing a crime; the kind who, when investigated by police, is found to have a rape-kit in his car. “Of course, some of the individuals are going to be dangerous and will get custodial sentences,” he says. “But a lot of people, the ones in the middle, will be referred to us.”

For those stalkers in the middle, the ones who can be treated and hopefully rehabilitated, treatment consists of making them register the effects of their actions and helping them avoid trigger-points in future.

“You have to engage them in a fairly robust discussion of what they’re doing,” Farnham says. “It’s cognitive therapy, where you’re basically chipping away at other people’s ideas, and hopefully you can get them to accept that their behaviour is harming their victims and themselves.” 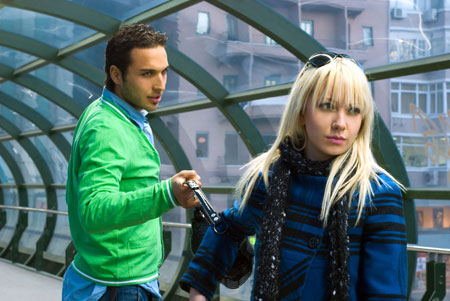 Sending up red flags: stalking by the numbers

Stalking is not limited to the practice of hiding in the bushes or following people down dark alleys – it can take many forms and have grievous consequences.

According to the latest research, stalking takes three forms: unwanted communication, unwanted physical intrusion and interference with services – which can include impersonating the victim and ordering or cancelling services in their name.

In the UK, one out of every five women over the age of 16 has been a victim of stalking, while one in ten men has been targeted.
The latest studies also identify stalking as a major predictor of violent crime, particularly homicide. In the US, 76 per cent of women killed by ex-partners had been stalked beforehand and, in serious violent assaults that did not end in the victim’s death, the woman had been stalked in 85 per cent of cases.

Wardrobe packing tips for teens travelling across the UK

Video: Aussie boy band What About Tonight fall through table during impromptu performance