Lose weight at work with jobs that keep you fit

Valet
When your paypacket depends on how fast you run, each second counts, says Aris Chrisanthakopoulos, who works with recruiters Quintessentially People in London and abroad.
“Money is definitely a motivation to give faster service,” the 39-year-old says. “There’s a lot of running around, so this is not one for large people – or if you are large, you won’t be for long.”
Average salary: £20,000 at a hotel.
Qualification: Butler training.

Personal training
The next best thing to keeping fit yourself is training someone else,
so what better way than becoming a personal trainer? They spend their days moving, lifting and stretching – and get paid for it. Bearing in mind we burn 50 per cent more calories standing than we do sitting, even on a less strenuous day, a trainer is still shifting kgs.
Average pay: £25,000-£35,000.
Qualifications: Personal trainer diploma. 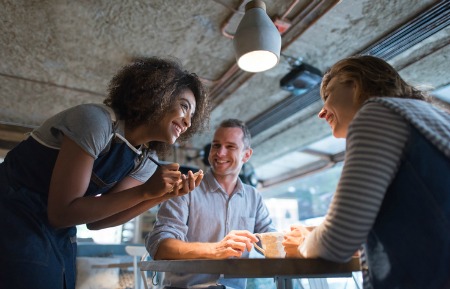 Waitressing
Waiting staff take about 1772 steps an hour as they dart from kitchen to table and back during a busy shift. For a 70kg person, that’s almost 100 calories.
Despite the temptation of sandwiches and calorific pastries, Highbury waitress Sarah Ogilvie, 24,
has seen an improvement in her health.
“In an eight-hour shift, I barely sit down. I dash from one table to the next and I have to keep my mind switched on more than anything else – I think that in itself keeps me trim,” she says.
Average salary: £17,810.
Qualifications: Good people skills

Pantomime acting
Singing and dancing on stage for six hours a day, every day over Christmas is a surefire way to combat a paunch, attests actor Anna Williamson, who lost 4.5kg last year.
“I don’t actually attempt to lose weight, it’s a by-product of all the dancing and running around, plus the heeled dance shoes mean your bottom and thighs get an extra workout and toning,” the 30-year-old says.
”Entertaining the masses and getting fit – its a win-win.”
Salaray: £372 per week.
Qualifications: Acting/theatre degree. 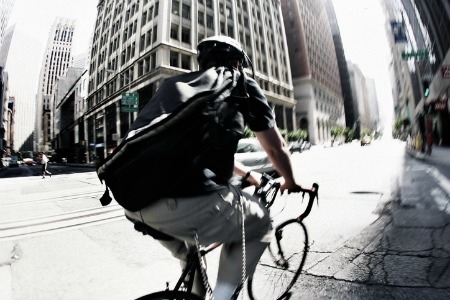 Bicyle courier
There’s a good reason you’ve never seen a fat bicycle courier.
Try as he might, Opuene Gbobbo, 40, who works with eCourier.co.uk, can’t put on weight. “I really want to,” Gbobbo exclaims. “But working five days a week, and clocking up 40-50 miles a day, I can never eat enough.”
Starting out, things won’t be pretty: you’ll ache, get lost and have punctures to deal with. But stick at it and you’ll get to slim city.
Salary: £350 a week.
Qualifications: common sense, good sense of direction, and
a good memory.

Being a firefighter
Firefighters have some rigorous fitness tests to pass before they even land the job, but once they’re in, keeping trim is easy – as long as they stay away from the donuts. A firefighter burns an estimated 845 calories per hour, and with all
that rushing around to save lives, hauling heavy gear, and climbing up and down stairs, it’s no surprise.
Salary: Trainee £21,000.
Qualification: Four-month intensive course with London Fire Brigade.

Band to Watch: The Bronze Medal