It was news as scary as the once muted but since abandoned notion of a US remake of cult Simon Pegg sitcom Spaced – a US remake of the BBC’s ace Sherlock. The latest news about the in productin pilot is that Lucy Liu will play Watson.

The one time Charlie’s Angel and Kill Bill ass kicker has been cast as Sherlock’s side kick and detective partner in CBS’s remake of the Benedict Cumberbatch and Martin Freeman UK series, which is to be titled Elementary.

This new US-set take on the show will be feature a similar contemporary setting, but will switch the location from London to New York. Jonny Lee Miller (below with Cumberbatch in London last year) will play Holmes, a former Scotland yard consultant whose addictions led him to rehab in the Big Apple where he now lives with “sober companion” Joan Watson (Lui), a former surgeon who lost her licence after a patient died in her care. 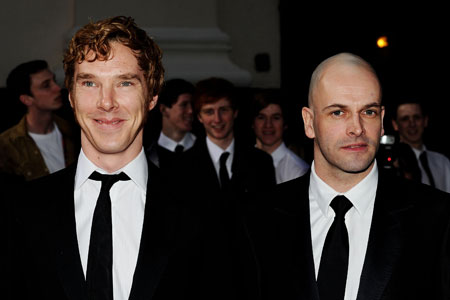 London beggar living in a £300,000 Fulham flat slapped with ASBO