When we saw that gents spend more on getting ready for a romantic night out than their lady friends – an msn.co.uk survey says guys splash an average £46.79 on pre-date treatments, from haircuts to waxing all areas, £5 more than women – we had to find out if it’s worth the outlay.

So TNT’s male staff (a crew not exactly au fait with the salon) tested some of the city’s more acclaimed groomers. 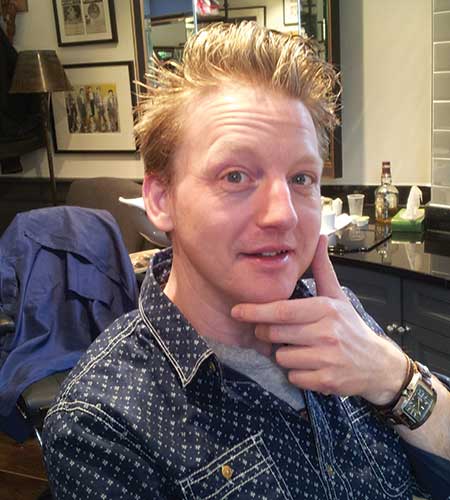 Murdock London’s head barber, Matthew Hughes, prepped my overgrown stubble with a shaving oil and scrubbed the rest of my face with a mix of aloe vera, jojoba oil, pumice and herbal extracts. To prep my hairy chops for the razor, Hughes wrapped my face in hot towels. He then lathered me up before unveiling a frightening Shavette straight razor.Seeing a blade bearing down on your face gives you a sense of manliness, which kinda balances out the pampering aspect of the experience.

Babe magnet factor: I walked out of Murdock a super clean-shaven, great-smelling, smooth-as-a-baby’s-bum gent (and I reckon a very dateable one at that). My girl would at least be spared stubble rash when it came time to smooching. While she liked the feel of my face, my girlfriend said she was “not sure” about my smooth new look. I guess that’s why I chose her in the first place. 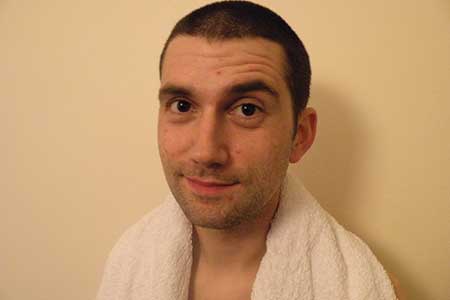 Not quite brave enough for an intimate wax (which Nickel Spa also offers), I stopped in for a speedy facial. Do I have an oily T-zone? Do I suffer from breakouts? These are some of the questions I was asked as I sat down, bare-chested.

Truth is, I’d not thought about these much before, but probably yes. I shouldn’t be washing with soap, I discovered (a frequent male mistake, apparently).

For my time-saving half-hour speed facial, I was subjected to a hydrating neck and face massage, skin cleansing and face mask, followed by moisturiser and an eye contour lift. Me and my face left feeling quite refreshed, replenished and reformed. Sorry soap, your time has been called.

Babe magnet factor: A lack of pussing face bulges and horrific red splotches is a good thing when it comes to wooing the opposite sex. The missus was dead impressed, and said my face had never felt so smooth or “looked so reflective”. However, she pointed out I smelled “like an old lady”. 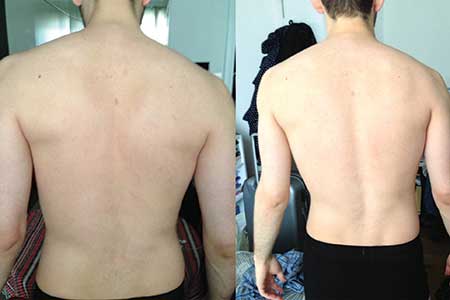 Oli Jones: Back tone and tonic

The London branch of upmarket pampering group Gentlemen’s Tonic is tucked away off Regent’s Street on a charming former mews street. Its marble and mahogany interior raise the hopes of an indulgent experience.

Designed to clear up any outbreaks of back spots (a sporadic complaint of mine) the back tone and tonic first involves a deep clean, then a thorough exfoliation, then another clean, at which point, Zsuzsa my treatment therapist and an eight-year industry veteran, sets about squeezing my back spots – a process which, I won’t lie, crossed a few personal boundaries.

This is followed by an incredible 45-minute massage. Zsuzsa seeks out my knots like an assassin and exterminates them with extreme prejudice.

Babe Magnet Factor: There is something specifically gross about back spots. They suggest fundamental uncleanliness that is extremely unattractive and massively unfair. Since my treatment, the spots Zsuzsa attacked are gone and I’ve had no new outbreak. The skin of my back, I’m told, is also buttery soft.