Mariah’s throne + Greek on the cheap

❚ For an appearance at London’s Selfridges in 2008, Mariah Carey required a £1000 throne to sit on,and signed autographs on
a £50,000 antique table.

❚ Madonna paid more than $8,000 (£5,000) to stock her 2008 world tour with bottles of Kabbalah water. But ex-hubby Guy Ritchie nixed her plan to fill their swimming pool with the spiritual stuff.

❚ Jennifer Lopez has a fetish for white – she spent £10,000 changing carpets, repainting walls and flying in two white couches from Paris for her BBC dressing room, all for her 40-minute stay.

❚ While performing at a  festival in Northern Ireland, rapper Eminem called for a koi pond in his dressing room. Each fish alone can cost up to £600.

DESIGNER DEALS
If you’re looking to find high-end clothes at low-end prices, head over to the London Accessory Sale. From March 5-8 at The Old Truman Brewery on Brick Lane, you can scoop up labels such as Marc Jacobs, Prada and Balenciaga for up to 80 per cent off.
londonaccessorysale.co.uk

GRAZE ON
Healthy snacking at your desk has never been so easy. Graze delivers boxes of nuts, olives, flapjacks, dried fruits and more to your office. Simply pick what you want in the box and when you want it delivered – all for £3.79. graze.com

GREEK ON THE CHEAP
The Real Greek is offering seven dishes and two drinks for a recession-busting £20 at any of its restaurants until March 29. Between Sunday and Thursday, the most expensive combination of its sharing dishes adds up to £35.65 if you purchased them separately. Print out a voucher from moneysavingexpert.com. 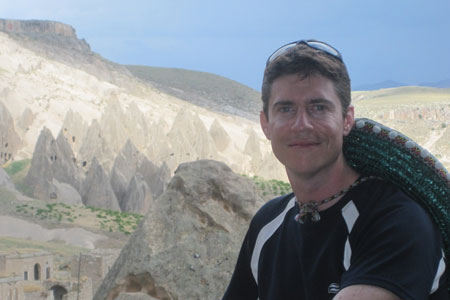 Any money-saving tips?
Pre-plan your route home from a night out to avoid getting slayed by costly cab rides.

How do you budget?
By being employed – obvious I know, but it’s an expensive ol’ town when you’re not. Lower your rent by living with others (plus, it’s more fun) and reduce travel costs by walking more. London is smaller than you think!

Last big blow-out?
A ‘fail’ blowout: £550 on a package trip to Pamplona that never happened because I booked flights for the wrong days and didn’t realise until the day I thought I was flying.

What non-essential items do you spend money on?
Clubs and comedy gigs, dining out, Tesco Pick ‘n’ Mix sweets.

Catching up with Belinda Carlisle

TNT teams up with Shoreditch’s Streetfest