Meet the ‘incredibly cute’ soldier who got Cheryl Cole’s number

It seems Cheryl Cole’s trip to boost soldiers’ morale in Afghanistan has boosted the morale of one Royal Marine in particular.

The Girls Aloud singer swapped numbers with Andy Baker, who she confessed was “incredibly cute”.

Cole, 28, said she planned to call Baker – who is 25 and from Brightlingsea in Essex – next week, but added that she wasn’t sure if he’d be expecting it.

But Baker is worried he might miss her call, as he can’t use his phone until October 1, says his brother-in-law, Graham Peck, who calls the marine “Bagsy”.

Peck said: “When Bagsy read that Cheryl was planning on ringing her mystery soldier, he panicked because he’s not allowed to have his phone on for another nine days – it’s military rules.”

“He wants her to know that he’ll be in touch the moment he lands, and wants her to wait for him. Andy’s a great guy and keeps himself fit at the gym.” 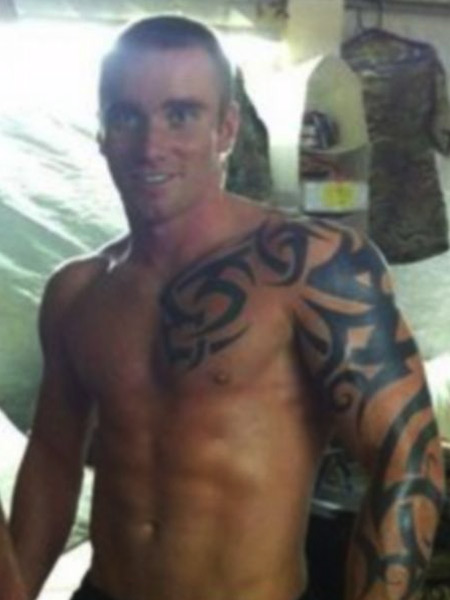 Peck added: “Andy would love to take Cheryl out for dinner when he’s back in the UK. He thought she was absolutely lovely, and really gorgeous – I think all the guys did.”

Since the pair met, during Cole’s four-day visit to Camp Bastion, Baker has uploaded photos of the two of them onto his Facebook page, which says he is a fan of Cole’s music.

Peck also said: “Andy contacted me through Facebook, raving about Cheryl and even made a photo of them as his profile picture.”