The iconic and legendary Australian rock band and agitators,Midnight Oil, are returning to the UK in the summer to play two shows at the ManchesterO2 Apollo and London O2 Academy Brixton on Sunday 9 and Thursday 13 June 2019respectively. This forms part of a European tour and the dates will take them to places andvenues they weren’t able to include on their acclaimed 2017 “Great Circle” World tour whichsold out over 70 gigs in 16 countries.

Tickets are on sale at 10am on Friday 7 December from www.myticket.co.uk/artists/midnight-oil

In an online message to fans the five original members of Midnight Oil explained:&quot;We really enjoyed making music together again on The Great Circle tour and the reactionfrom everyone was so positive that we’ve decided to do a bit more of it in 2019. There won’tbe anywhere near as many shows this time around but we’re keen to keep performing whilethere are still new places to play and new things to say. It’s as simple as that really.”Despite a 15 year break while frontman, Peter Garrett, became a minister in the AustralianGovernment, last year’s world tour saw the Oils in the same incendiary form which madethem one of the world&#39;s most captivating live experiences during the 1980’s and 1990’s.Intensely political songs like “Beds Are Burning”, “Blue Sky Mining” and “Power &amp; ThePassion” took on even greater urgency in the age of Trump and Brexit leaving critics gushingacross five continents

We caught up with Oils frontman Peter Garrett recently to find out more about the Oils return to the UK and his life as a musician, politician and activist. You can read it here – http://digitaledition.tntmagazine.com/interview-peter-garrett-midnight-oil/ 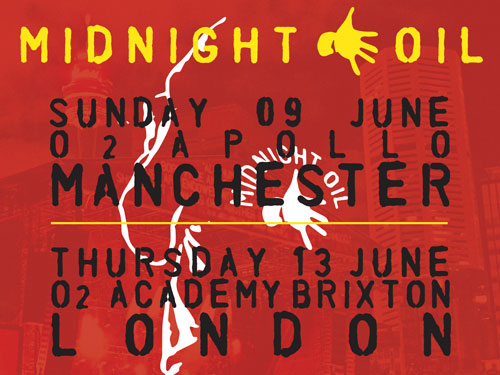 Bosnia-Herzegovina and Croatia: The highlights