The Treasure bra was shown off in New York yesterday at a star-studded show featuring performances from Kanye West, Jay Z and Nicki Minaj.

Kerr’s husband, actor Orlando Bloom, was at the show to cheer her on. The statuesque model gave birth to baby Flynn just ten months ago but appears to have regained her model figure. She said “I’m waxed, shaved, done laser. I’m pretty much prepped at this point!” 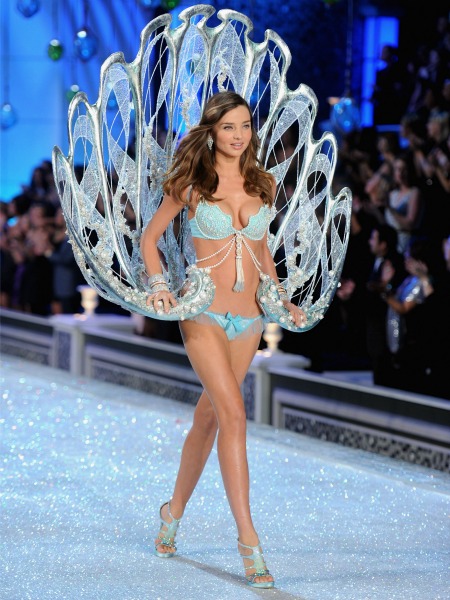 However, this isn’t Victoria’s Secret’s most valuable underwear – the prize for the most ridiculously oppulant assets go to the Red Hot Fantasy Bra which lauched the opening of the store’s Broadway shop. It featured hundreds of Thai rubies and was valued at $15 million. 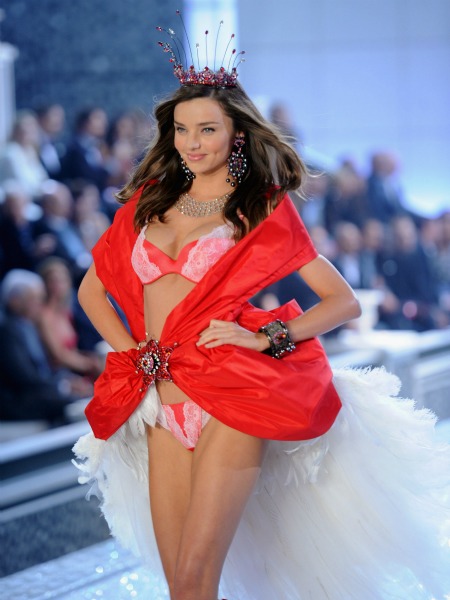 Yesterday’s show was the most extravegant yet, said to cost $12 million to stage, with 38 models wearing 60 costumes.