Shaming chuihuhu-owners everywhere, rancher Jim Sautner, 64, lets the bison have free run of his house, allowing Bailey to dominate the sitting room as he watches TV.

The Alberta, Canada native has even customised his convertible car to allow Bailey to take drives around the farm. 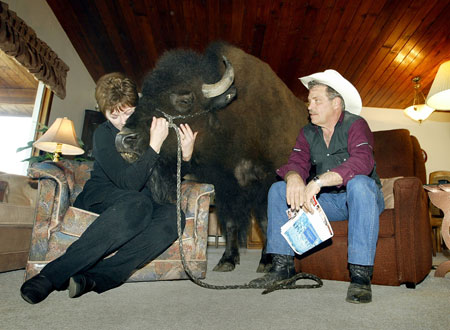 Jim’s wide Linda, 61, said of their pet buffalo: “He has a bond with Jim which is just incredible. He always wants to be with him all the time, whether Jim is in the house or working on their convertible car.

“He wants to always lie down with Jim and it simply makes them both happy to be around each other. 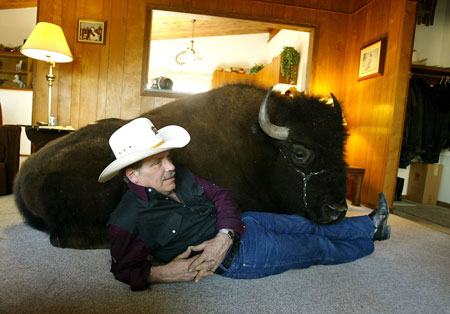 “In a way, Jim wanted to train and become a buffalo whisperer with Bailey Jnr to show to people that this level of communication between man and bison is possible.”

BBC ‘Liberal bias’ to be investigated

Sail your way to your holiday: Getting to Holland by boat and train