Romney sealed a win in the Texas primary, with at least 97 delegates, surpassing the 1,1444 delegates needed to win the nomination.

The former Massachusetts governor, who failed to win the Republican presidential race four years ago, when much was made of his Mormon religion, won something of an endurance race, outlasting his Republican rivals who dropped out of the state-by-state primary contest.

None of his rivals actively campaigned in Texas.

“We did it!” Romney proclaimed in a message to supporters, noting that “it’s only the beginning.”

Romney’s election campaign, however, has gotten off to a shaky start after the release of an official iPhone app containing a glaring typo. 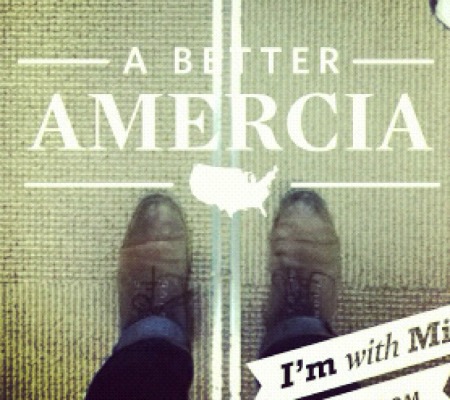 The ‘I’m with Mitt’ app allows users to post photos of themselves with one of 14 different pro-American slogans. One reads ‘A Better Amercia’.

The gaffe has gone viral now, with ‘Amercia’ becoming a trending topic on Twitter.

Romney’s win in the primary race has also been overshadowed by his failure to rebut Republican Supporter Donald Trump’s suggestions that Obama was not born in the United States.

Romney belief is on the contrary, but he has been accused by the Obama campaign for lacking a ‘backbone’ in standing up to the more extreme elements in his party.

Twitter user Han Nguyen also pointed out this interesting grammatical boob – apparently Romney is fighting for Americans to “hunt, shoot and protect their families,” all at the same time. Sounds like hard work. 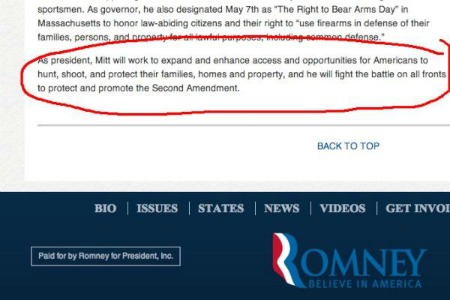 Some poor app designer is getting strapped in a cage on the top of a car and driven across country tonight. #amercia

Apparently Obama doesn’t have anything to worry about. Romney is running to be the president of Amercia.