Today’s article starts with a geography question: just where is Montenegro? Unless you’ve already been, you might well be scrabbling for the answer. The chances are that this gorgeous country on the Adriatic Sea, just to the south of Croatia, probably didn’t yet exist when you were in school, so we’ll let you off the hook. Now you really do need to start learning something about it, however, because it’s set to become one of the hottest tourism destinations in the Balkans.

First of all there’s the mountains and the national parks. One of Europe’s last great wildernesses, it doesn’t matter whether you’re a hiker, a mountain biker, or a winter sports fanatic: there’s plenty of untouched nature to explore. The snow cover is good until April around the Biogradska Gora National Park, and at Kolasin 1450 you’ll find 25km of trails for skiers and snowboarders, a challenging Nordic circuit, and a ski school. With lift passes costing just €20, it must be one of the cheapest resorts in Europe. Freeriders tend to head to Durmitor and the little mountain town of Žabljak, where the NGO riders.me is making a huge effort to develop and promote the sport. The mountain scenery here is second to none.

Later in the year, head to the UNESCO World Heritage Tara Canyon, which with a staggering depth of 1,300m is the deepest canyon in Europe. Carving a spectacular streak through the Durmitor plateau, the Tara River offers superb opportunities for kayaking and white water rafting, including through the virgin forests around Mojkovac, where there are also hiking trails. Though trekking and climbing are pretty much in their infancy in Montenegro, Outdoor Club Podgorica can provide information on routes, and its some of its members may well be keen to join you on your trek. Consider ice climbing in the Boan and Komarnica valleys, mountaineering challenges in the Durmitor and Prokletije Mountains, or hiking along the stunning, multi-day Primorska planinarska transverzala (PPT), the coastal transversal hiking route from Stari Bar. 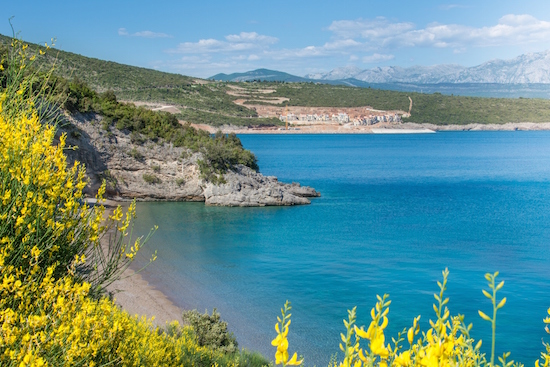 If taking to the water is more your thing, Montenegro will absolutely blow you away. It is, after all, just a short sail down the coast from Dbrovnik and Split, and if you carry on sailing south down the Adriatic you’ll fetch up at Corfu. Rightly described by a long-term expat resident as “a 5* fjord” the coastline is rugged, with numerous islands and inlets, and mountains which come right down to the waterfront. The largest of the beaches stretch many kilometres in length, and the sands are pristine and white.

Last year Lonely Planet voted the UNESCO World Heritage city of Kotor as their #1 city to visit in 2016, and with its extraordinary position on the Bay of Kotor, and its treasure trove of baroque monuments and renaissance palaces making it reminiscent of a miniature Venice, who can blame them? You can stroll along the massive fortified walls, which at 4.5km are longer than those in Dbrovnik, and sail along the inlet to visit the tiny, uninhabited islands, such as Our Lady of the Rocks with its church dedicated to Montenegro’s seafarers. Just get there before the cruise ships start arriving.

Montenegro’s tourism infrastructure development, such as it is, is happening along the coast. With an ambition to rival the French Riviera, creating maritime resorts and marinas is top of the priority list. Porto Montenegro already has berths for 450 yachts, and at  Luštica Bay the marina can take boats up to 35m in length. Yacht clubs and crew facilities, restaurants, hotels, and Montenegro’s first 18-hole championship golf course are already in place, so you can ditch Monte Carlo right away and settle in for the season in style. 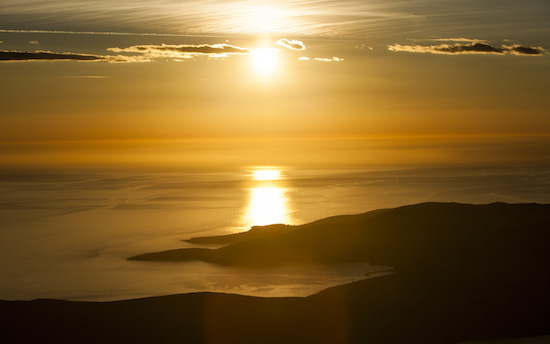 In fact, although Montenegro’s adventure scene has indisputable potential, it’s the jet set crowd that the country’s really looking to attract. Property here is still cheap, but prices are expected to soar as the coastal resorts near completion, and so there’s already a line of real estate investors from the Gulf, Russia, Turkey, and beyond snapping up bargain apartments off-plan. They’ve identified its a paradise with potential, but as their money flows in, the unspoilt character of the place will undoubtedly change. You need to get in before the crowds sit up and take note, booking their package tours. Make the most of Montenegro’s great outdoors. 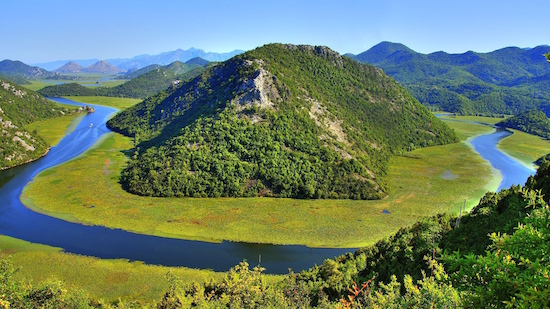 Review of The Gallery in West Hampstead