A popular winter sun destination with cheap flights from the UK, Agadir is known for its long crescent beach and attractive Atlantic Ocean Boulevard. The beach-side coffee shops, restaurants and luxury hotels are little different to what you would expect to find in any beach resort in Europe, but most independent travellers opt to stay further inland in the better-value hotels to be found around Noveau Talborjit. From there, you can negotiate a cheap taxi fare up to the ruins of the old Kasbah, overlooking the port and the northwest of the town, before making your way down the snaking hillside paths towards the beach. If you need to travel out to the bus station to sort out ongoing tickets, then it is worth stopping off at the expansive Souq al-Had to wander around the atmospheric market for a while. You might even pick up a bargain.

What else? As you wander along the beach-side promenade, you will inevitably be approached by a series of young men, opening up large photo books full of exotic nearby locations in the hope of flogging you various excursions. Your immediate response might be to avoid them like the plague, but it might well make sense to use Agadir as a base for side trips to Souss-Massa National Park, Aourir and Tamraght (Banana Village), and further on into the High Atlas foothills to Paradise Valley.

Other than the Taoukirt Kasbah – a UNESCO restored citadel – there isn’t much to see in the actual city of Ouarzazate (pronounced ‘war-zazat’). It’s the adventure sports and desert tours that really attract travellers, plus its close proximity to many memorable movie locations. The Atlas Film Corporation Studios offer good-value tours around the sets and props used in such films as Gladiator, Sahara, Kingdom of Heaven, The Mummy and Alexander the Great. There is a regular bus that takes visitors the 5km from the city to Atlas Studios, but many visitors choose to combine a visit to the film studios with a tour to the spectacular Aït Benhaddou kasbah, around 32km out of Ouarzazate. You may well recognise the famously scenic hillside city from Lawrence of Arabia and Gladiator. If not, after visiting Aït Benhaddou, you will forever be spotting it in any number of ‘swords and sandals’ epics.

What else? A number of companies offer horse, camel, quad bike and motorbike tours out into the surrounding stony desert. Many visitors also use Ouarzazate as a base for organising trips further afield to the Saharan sand dunes.

In many Moroccan cities, the French colonial authorities established well-ordered ‘new cities’ a few kilometres out from their chaotic traditional hearts. And, while many of the best hotels and restaurants are to be found in Fés el-Jdid (the new city), the most interesting part of Fés for tourists is to be found in the old walled medina of Fés el-Bali.

Most visitors to the old city start off at the main entrance of Bab Bou Jeloud before descending into the wonderfully atmospheric market via either the Talaa Kebira (big slope) or Talaa Seghira (little slope). If you don’t already have a guide, at this stage you will almost certainly be inundated with offers. It’s difficult not to become a little defensive in Morocco when you are constantly being approached by touts, hawkers and ‘guides’, but it is worth considering hooking up with a decent official guide as they will lead you to places that you might otherwise only stumble upon via serendipity.

Buried deep within the dark tangle of narrow alleyways lies such attractions as the Kairaouine Mosque, the Bou Inania and Al-Attairne Medressas (theological colleges), and the pungent leather tanneries.

What else? If you fancy getting a serious scrub and pummeling while having buckets of soapy water poured over your head by fat, hairy men with their dangly bits flapping around (or the female equivalent), then you might like to make a visit to one of the old city’s numerous hammams. You come out feeling fresh as a daisy, if a little dazed. 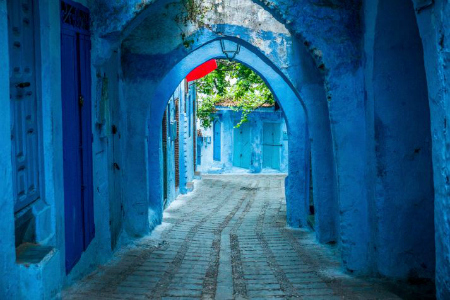 Although Morocco’s third imperial city is only about an hour by train from Fés, it receives surprisingly few visitors. Moulay Ismail made Meknés the capital of the Alawite Dynasty in 1672, and set about securing the city with around 25km of monumental walls and grand gateways, while developing an extensive (but never completed) palace complex.

The most impressive of the city gates is Bab el-Mansour, leading on to the Mausoleum of Moulay Ismail, and Place Lalla Aouda, the parade ground where the Sultan used to inspect his famous Black Guard, made up from slaves he imported from sub-Saharan Africa.

A short walk further on lie the remains of the architecturally impressive granaries and stables of Heri es-Souani, once used to look after around 12,000 of the Sultan’s horses.

What else? A good day trip from Meknés is to the Roman ruins at Volubilis. Having annexed the city from the Carthaginians around AD40, the Romans abandoned the city to troublesome Berber tribes in AD208. It remained inhabited, however, until well into the 18th century, when what hadn’t been plundered by Moulay Ismail to build Meknés was brought down by an earthquake.

The biggest and most popular tourist city in all of Morocco is undoubtedly Marrakesh. It is also the most expensive, but still good value compared to many European cities, especially considering its huge array of attractions.

You could walk around for days and still find new things to do and places to explore. Surrounded by the medina’s 16km of walls, some of the best-known landmarks include the 70m-tall minaret The Koutoubia, the Ali ben Youssef Mosque and Medressa, Musée de Marakesh, the elaborate Palais de la Bahia, the now ruined Palais el-Badi, and the recently renovated Dar el-Bacha Palace, which now houses the Museum of Islamic Arts.

The real centre of the medina, however, is to be found at Djemma el-Fna. As darkness descends, the square really starts to come alive with snake charmers, magicians, musicians, dancers and traditional storytellers (some excellent translations of this dying art form can be found in Richard Hamilton’s The Last Storytellers).

What else? Moroccan cookery courses are becoming increasingly popular with those wishing to break up the sightseeing and learn some new skills. Some of the most popular courses are run by Souk Cuisine and Faim d’Epices. 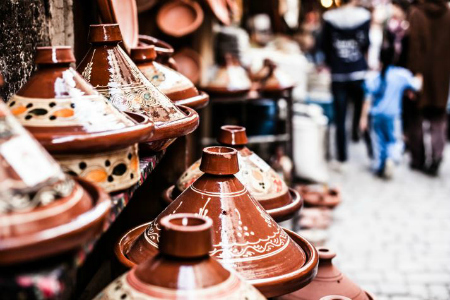 FriendsFest returns to the UK