Move over Ibiza: Mallorca is the party island

Firstly, a confession. While loads of people probably get quite excited at the prospect of seeing Steve Angello live, I’m not one of them. I mean, I like dancing along to fun club music as much as the next slightly sloshed 20-something (okay, I’m 30 now, whatever) but I’ve never got into the clubbing scene enough to be able to confidently name drop DJs. Not even someone as famous as Angello.

So as my plane touches down in the Spanish party island of Mallorca, I’m actually more excited about all the free beer the next 48 hours promises.

Because I’m bunking down at BH Mallorca (www.bhmallorca.com), a fancy-pants hotel in Magaluf that reopened this summer after a $10 million refit, which transformed the place into Mallorca’s only open-air festival venue and the world’s first adults-only water park. Yeah, a water park. More on that later.

As part of the deal, anyone staying at the four-star hotel gets free food and drinks between 11am and 8pm, meaning I’m immediately faced with a very difficult decision: Is 1pm too early for a beer? (Answer: Absolutely not. It’s after midday, after all.)

Following everyone else’s lead, I promptly get down to some hardcore relaxation. There’s three main areas to this hotel, each centred around giant sapphire-blue pools overlooked by apartments with wide balconies. To the right, rows of orange sunbeds hug a shimmering figure-eight pool. To the left, electronic music pumps through the Island Beach Club where pretty young things sip cocktails and drape themselves over comfy daybeds. 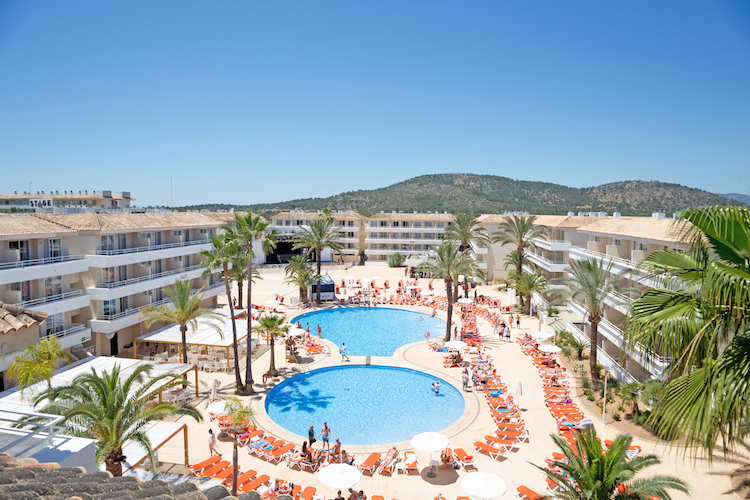 And in the centre lies that over-18s water park, complete with a wave pool, three jacuzzis and a bunch of “white knuckle” slides. The most talked about – because it’s the most terrifying – is the Aqualoop, described by one writer as a “human smack-the-rat”. You stand above a trapdoor, waiting as a voice ominously counts down from three, before you’re dropped vertically down, whisked to the left and then, astonishingly, sent zooming uphill again to complete a 360-degree loop at speeds of up to 60 kilometres per hour.

Headache-inducing water slides aside, everything here is geared towards maximum relaxation during the day. Pulling up a sunbed, beer in hand, I lay back without a trace of guilt; energy conservation is paramount given the long night of partying that lies ahead. Around me, dozens of Brits cavort blissfully in the never-ending Spanish sunshine, many rapidly burning to a lobster-red crisp. (Wear sunscreen, people.)

Then things change pace. I head to my room to glam up while outside the sunbeds are packed up, barriers are installed around the figure-eight pool and crowds gather before a giant outdoor stage. It’s party time.

The hotel hosts massive concerts like this every Tuesday and Thursday throughout the summer. Tonight, Steve Angello is headlining and thousands have showed up for the party.

In spite of myself, I’m quickly caught up in the energy of the crowd and end up jumping about near the front, roaring in delight each time a huge plume of frozen liquid Co2 is pumped directly into our faces. The fireworks and LCD screens and lights and sound are good enough to rival any festival. Angello drops in his latest track, Children Of The Wild, and the crowd goes mental. Who knew so many selfies could be snapped in the space of four minutes? 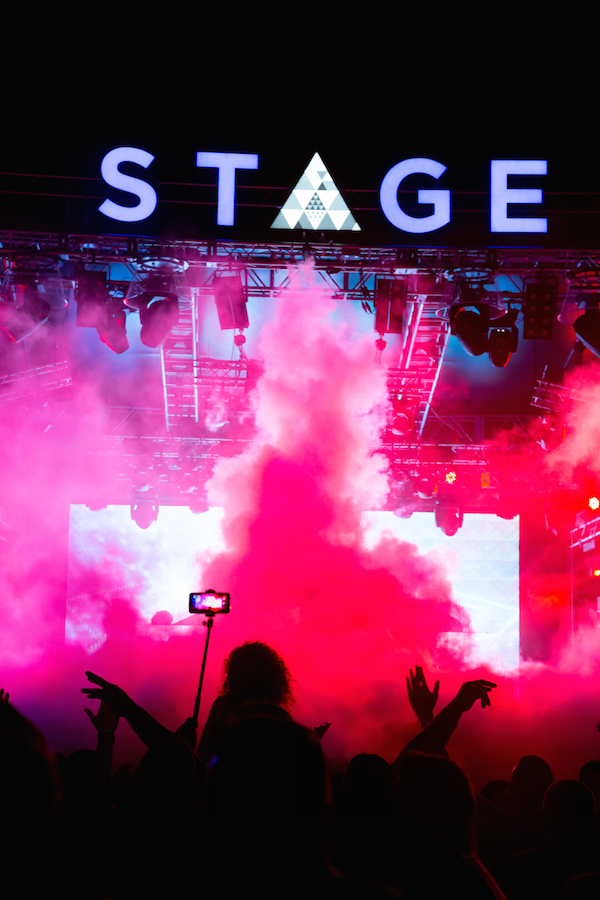 Things wrap up at midnight but the party’s only just getting started. The crowd streams out into Magaluf’s streets, many heading to the legendary BCM (www.bcmplanetdance.com), Mallorca’s biggest nightclub where scantily clad women bump and grind atop podiums in each of the club’s three levels. Random hookups with strangers are a popular pastime here – it’s not nicknamed Shagaluf for nothing – and BCM is an excellent place from which to watch the entertaining alcohol-fuelled dance between young hopefuls. At some unknown point, I finally leave behind the chaos of lasers and DJs and stumble home.

Sleeping in is actively – mercifully – encouraged as brekkie at BH Mallorca only starts at 11am. Or if you’re really fanging, you can head out to the dozens of fast food joints and cafe/restaurants lining the streets of Magaluf.

Today, after nursing my hangover on a sunbed for awhile, I head out to explore those streets a little. The beach is just a five-minute walk away, the sunbeds atop its white sands the perfect spot for a little arvo siesta. This is Spain, after all. Meanwhile, the countless clubs and pubs nearby are already filled with rowdy revellers for whom the party has already started. Or perhaps it never stopped.

Back at the hotel, as the sun dips below the horizon, the sun lounges are packed away once more and the stage prepared for a pumping full moon fiesta, after which we’ll again stream out into the mayhem of Magaluf at night.

Staying here is like finding yourself in some crazed party version of groundhog day, which lasts right up until you board the flight back home – if your booze-battered body can hack it that long. 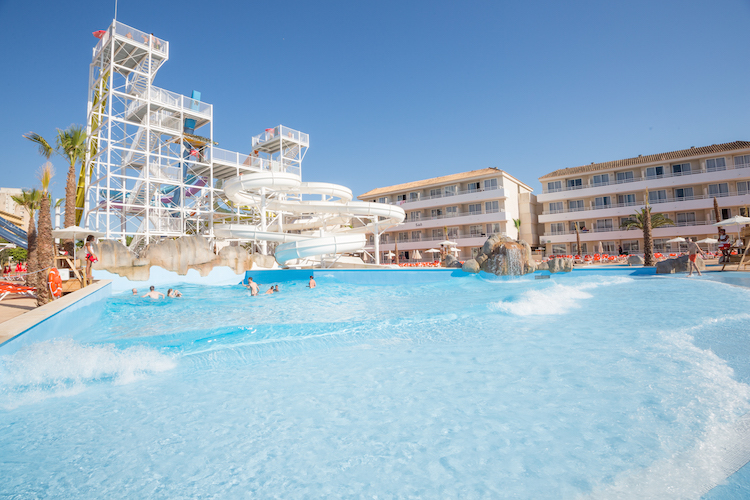 Alternative Xmas: What’s on in London on Christmas and Boxing days