Four models with outrageous nautical inspired hairstyles caused a fashion frenzy when they made an impromptu appearance outside the Brewer Street car park of the city’s festival of haute couture.

Soho’s fashion elite had never seen anything like the ‘Captain’s Collection’ unveiled this morning, including a giant beehive octopus, a shipwrecked galleon, a nautical ships wheel and a pirates’ plank – a gravity-defying comb over.

The nautical inspired theme continued across the capital as a crew of models sporting the unique fashion trend, including jewelled eye patches, golden medallions, naval stripes and shimmering fish scale couture, caused a stir among commuters on the London Underground, shoppers on Oxford Street and on the streets of Soho. 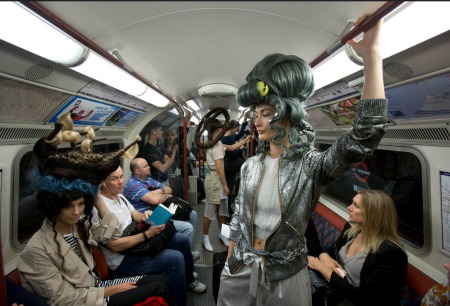 Fashionistas queuing for the first show of London Fashion Week snapped pictures of what they thought was the latest catwalk trend, only to discover it was the debut collection by Captain Morgan, the spirit brand putting fun back into fashion.

Rhys Love of Captain Morgan said: “We all know the world of fashion has a habit of taking itself far too seriously, so after years of parading down the catwalk we believe it’s time for them to walk the plank.

“We’ve pushed the boat out in the hope of injecting some light-hearted fun back into what people wear with our ‘Captain’s Collection’ of nautical inspired hairstyles.

“It’s a shot across the bows but we’re not about to declare a mutiny. Our message to London Fashion Week is – don’t batten down the hatches, try loosening the cannons and shaking a leg instead!”

Each unique hairstyle took a team of stylists four weeks to prepare just in time for London Fashion Week and have been created using a mixture of the models’ real hair, props and extensions. 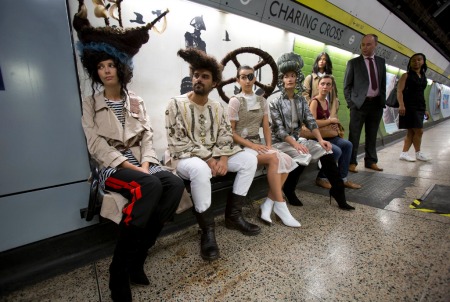 Consensual harrassment panda: Pandas at Tokyo zoo given privacy in order to mate