The ex-Nazi holiday complex, on the island of Rügen, is now one of Germany’s largest youth hostels.

The hostel ran into problems with its initial marketing campaign, which flagged up the resort’s “World famous” Strength through Joy (Kraft durch Freude) project.

After objections from local historians the marketing campaign was dropped.

The Nazi resort in Prora was originally built as the world’s biggest hotel, stretching along 4.5 kilometres of one of Germany’s best beaches. 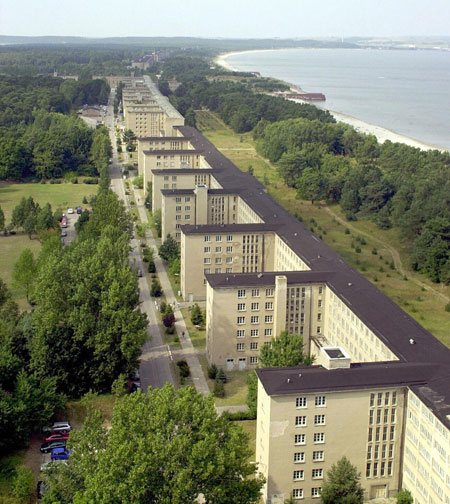 As part of the Nazi’s Strength through Joy program, the resort was built to prepare up to 20,000 citizens for war through organized leisure.

The opening of a youth hostel in the one-time Nazi holiday haven was met with enthusiasm on extreme right-wing forums.

“The usage of the term ‘world famous’ in the advertisement is problematic,” said Perke Kuehnel of the Documentation Center Prora, which chronicles the Nazi history of the site.

“Everyone involved is aware that the project needs to be handled in a sensible manner,” Jochen Schmidt of the state agency for civic education added.

The youth hostel is currently setting up a centre documenting the site’s Nazi, Soviet and East German past for the public and hostel guests in particular, which will open in 2013.