The former South African president was admitted to a medical centre in Pretoria, South Africa at the beginning of June to receive treatment for a recurring respiratory infection.

While some reports suggested he was placed on life support, Mandela has since made good progress in his health battle.

His daughter Zindzi Mandela said on Wednesday, “The gentleman is back. He amazes us everyday… You can see he is there in his eyes, the same energy, the same strength… I should think he will be going home anytime soon.”

Scores of devotees holding colourful banners turned up outside the hospital before his big day, while others scrawled birthday messages on nearby walls.

Mandela’s children and grandchildren are expected to visit the hospital and sing Happy Birthday at his bedside, while students across South Africa will begin their school day with their own version of the celebratory song. 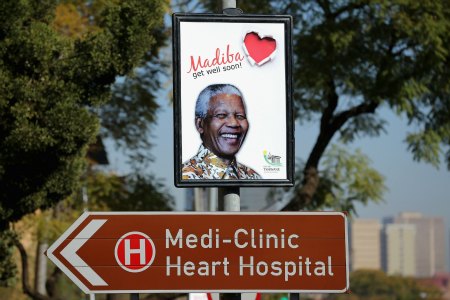 In 2009, members of the United Nations General Assembly declared 18 July to be Nelson Mandela International Day in recognition of the former South African President’s contribution to the culture of peace and freedom.

People across the world are encouraged to give 67 minutes of their time to charitable causes in honour of the 67 years Mandela dedicated to public service. 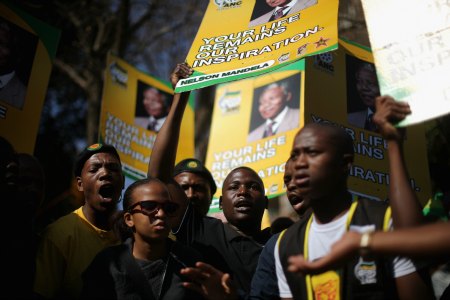 South African President Jacob Zuma plans to mark Mandela’s birthday by overseeing the donation of houses to poor families in Pretoria, while business mogul Sir Richard Branson has vowed to donate his time to his local community.

Veteran actor Morgan Freeman, who played Mandela in 2009 film Invictus, will hand out books at schools in Mississippi.

He says, “I’ll be delivering books to a school in Mississippi. I encourage everyone around the world to pledge some of your time to do something great for Mandela Day.”

Secondcity has a unique pan Atlantic outlook on house music

EuroVegas: US tycoon plans to bring Sin City to Spain