“It is the first show in the West End to have full rights to the Beatles’ back catalogue,” producer Jamie Hendry tells us ahead of the production’s launch next week.

“Sony believed in the show. There are thousands of shows out there, but this is the one that they have given the rights to.”

The ‘Fab Four’ hit London to mark the 50th anniversary of the Beatles’ first single, Love Me Do, but this new show is not one of the jukebox musicals frequently seen on the West End, in which songs are amended to fit a bespoke story. Not by a long shot.

“We’ve not shoehorned the music to fit around the book [musical script] – the music is as you would expect to hear it,” Hendry explains of his intent to be as faithful to the Beatles’ musical legacy as possible. 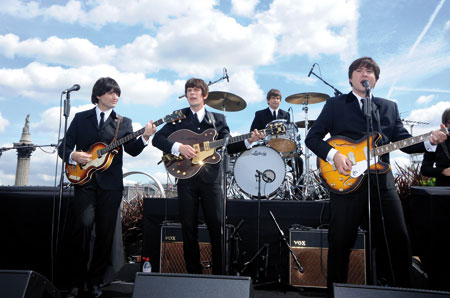 “We take you through the Sixties from their first performance in 1963, which took place on the same stage as the one we are performing on at the Prince of Wales, and we go through to their final recorded album, Abbey Road.

“Although we do educate a little bit along the way about the Sixties and what was going on then, we are not trying to tell a history story.”

Instead, Let It Be focuses on the band and their music, driven by a desire to recreate their songs as truthfully as possible.

“It is a theatrical concert that is very media rich. There is a lot of video footage that has been created for the show and there is original footage, too,” Hendry explains, adding that above all, the commitment has been to performing the songs live.

“The Beatles did not perform a lot of their later stuff, so a lot of the songs we only know from LPs, they were not written to be performed live, they were backed by full orchestras in Abbey Road studios.

“It has been a challenge to recreate all the instruments that you would expect to hear, and to do that live onstage, with nothing pre-recorded at all.” 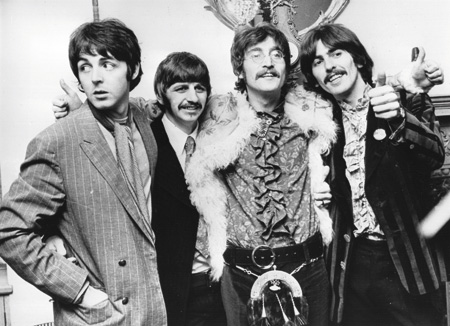 The production was inspired by the Broadway show Rain. “What struck us most [about it] was the music sounded as it should, it wasn’t dressed up as anything other than the original music,” Hendry recalls.

Casting a UK version of the show proved a tough task for Hendry and his team, not least because of the sheer numbers auditioning for the project.

“We started casting last November. We ran open auditions in London and Liverpool, and had thousands of people sending in videos of themselves.

“We never sought to find lookalikes, though,” he adds of his intent to find the best people for the job. “We wanted talented musicians who knew every nuance of the Beatles’ music.”

Set to chime with the triumphant mood in Britain this year, Let It Be’s timing is perfect.

With only a four-month run you best get in early to join the celebrations.

Read more: More musical celebrations in the city this autumn

Other traveller reviews on El Salvador

Flower in the Sky