09:00  Grab yourself an organic coffee at the award-winning Jack’s Stir Brew (jacksstirbrew.com) on Front Street and get served by some of New York’s friendliest experts. Then head down to Pier 17 for a great view of Brooklyn Bridge. The area, formerly teeming with dock labourers and the hustle and bustle of the fish market, is now a mish-mash of modern, upmarket shops and unique 19th-century warehouse buildings.

11:00  For the best way to see the Statue of Liberty, hop on the Staten Island Commuter Ferry, from which you’ll also catch a glimpse of Wall Street’s awe-inspiring skyscrapers. What’s more, the journey is free, providing a hassle-free way to check out some of New York’s sights. The round-trip journey takes about 50 minutes.

13:00  Make your way over to the Lower East Side where you’ll find a vibrant Jewish population as well as an artsy student crowd. Originally home to immigrants from Eastern Europe and, during the 1990s, Puerto Rican and Chinese workers, this has become one of the city’s hippest neighbourhoods. Indulge in a local delicacy at the famous Katz’s Deli (katzsdelicatessen.com), proud purveyor of New York’s finest pastrami sandwich. Alternatively, bag a bagel at Russ & Daughters (russanddaughters.com), which has been an integral part of the area since 1914.

15:00  If you’re after a spot of retail therapy, you can’t do better than the world’s largest department store, Macy’s (macys.com). Sure, it’s not nearly as glamorous as the likes of Bloomingdale’s, Barneys or Saks, but the sheer scale of the place and the amount of choice available to shoppers is simply breathtaking. You could spend hours wandering round its 10 floors and, when you’re tired of getting lost, there is a Ben & Jerry’s cafe for those with a hankering for some just-for-the-US flavours. 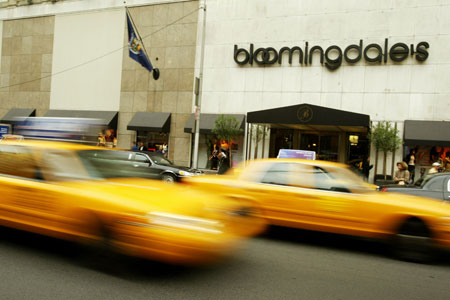 18:00  The chic NoLita (north of Little Italy) neighbourhood has plenty of boutiques selling one-off clothing items and is also the perfect place to have an early evening cocktail and watch the world go by. Hipster bar Botanica (47 E Houston Street) is a favourite with single arty types.

21:00  After feasting on some tasty dim sum at Hong Kong style eatery Jing Fong (20 Elizabeth Street) in Chinatown, wander over to West Village (otherwise known as Greenwich Village) with its quaint mix of cobbled streets and elegant buildings. There are nightspots to suit all tastes and budgets – dominated by New York University, much of the area caters towards the students, but there are also plenty of stylish bars and restaurants to the west of Sixth Avenue. Swanky hangouts for New York’s moneyed class abound in the Meatpacking District, while Christopher Street is the heart of the city’s gay scene.

09:00  Get some fuel ahead of a long day’s sightseeing at the Lexington Candy Shop (lexingtoncandyshop.net). Be sure to try their French toast fry-up.

10:30  After an artery-clogging breakfast, saunter towards the Metropolitan Museum of Art (metmuseum.org), housing more than million works of art from Europe, Africa, the Americas and the Islamic world.

14:00  Take some time out to relax in the magnificent greenery of Central Park (centralpark.com). Home to an ice rink, zoo, mini-amusement park, fountains and ponds, this is the perfect place to rest your legs and unwind. For an extraordinary feeling of peace and quiet in the heart of the city, rent a boat and gaze at the skyscrapers from the middle of the lake. 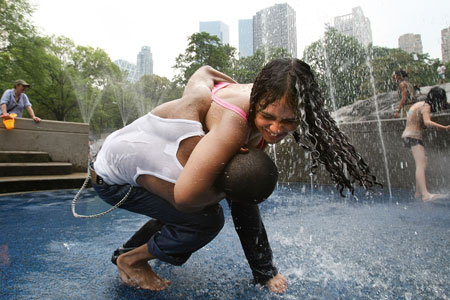 17:30  For the best views of New York City, head to the Top of the Rock observation deck at the Rockefeller Centre (rockefellercenter.com). From here you can admire the iconic Empire State Building while avoiding its crowds. Tickets cost $23 (£14).

20:00  To cap it all off, take in a show. While most of the big productions are based on Broadway, you might be better off visiting an Off Broadway (bestoffoffbroadway.com) play. With costs at the main venues continuing to rise, many respected playwrights are opting to open their shows in some of the smaller theatres. Top shows to see now include Avenue Q and Miss Abigail’s Guide To Dating, Mating And Marriage.

Video: Mugger with shotgun disarmed by would-be victim with balls of steel