The 6.3-magnitude quake claimed 185 lives and meant some parts of the city centre became ‘no-go zones’ during an extensive clean-up operation, which involved demolishing many buildings made unsafe, as well as clearing sites of those torn down.

This process of recovering and rebuilding Christchurch is well under way, but less visible is the way New Zealanders have begun to repair lives fractured just as dramatically as the city skyline.

According to Kate Brady, an Australian Red Cross recovery co-ordinator seconded to New Zealand, some residents affected by the earthquake may only now be able to tally its impact on their lives.

“Recovery is like a marathon, not a sprint. It’s important that people pace themselves and make sure their wellbeing is a priority,” says Brady, who studied recovery efforts and anniversaries for September 11, the London bombings, and the Hillsborough stadium disaster. “In all the flurry of activity, it’s easy to forget to take care of the emotional and physical health and relationships.” 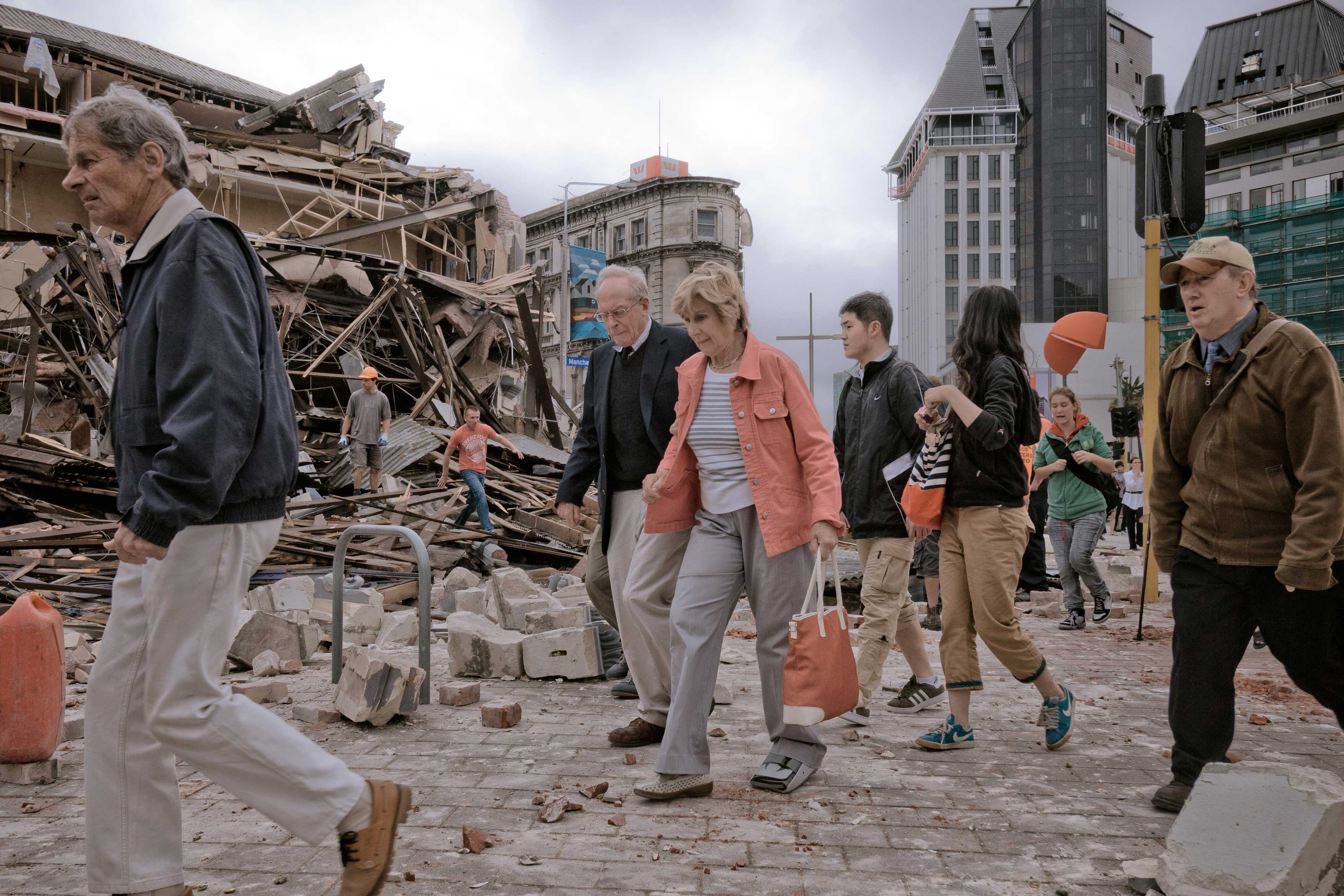 Brady explains that, in the medium-term aftermath of natural disasters, there can be a spike in substance abuse, violence and relationship breakdowns. Post-traumatic stress can also be a factor, some estimates suggesting as many as 30 per cent of those affected can suffer symptoms. Although last week’s service, remembering those who died and offering a shared promise of optimism and resilience, represented one milestone, Brady says individuals’ experiences will vary.

“For some, the first anniversary will be a chance to reflect on the achievements of the past year,” she says. “For others, it will be a reminder of what they have lost and will bring with it a sense of profound grief. Some people may feel guilty because the anniversary may not mean a lot to them – it’s just another day. There is no right or wrong.“

Coinciding with the anniversary of the Christchurch quake,  a website, quakestories.govt.nz, recounting residents’ experiences, went live. In a matter of days, it began to form a collage of individual stories, unique yet commonly tinged with memories of fear, relief and sadness. Amanda Fuller, for example, was in an office building in Christchurch and initially dismissed the quake as an aftershock from the less damaging earthquake six months earlier.

“The building was pushed violently side to side and was lifted by force up and down. Next, I heard the building collapsing and that’s when I swore to myself and thought, ‘I am not going to make it’,” Fuller says. “Everything then went black and there is a split-second where I don’t know exactly what happened but I do remember hearing myself scream – kind of like an out-of-body experience.

“My initial thoughts were, ‘If our building has gone down, then the rest of Christchurch has gone down, so why will they come and rescue us?’ I wondered where my friends were and if they were OK.”

Fuller was trapped for six hours, her hand wedged underneath a fallen steel beam. Even when rescue workers arrived, freeing her and her workmates was not entirely straightforward. 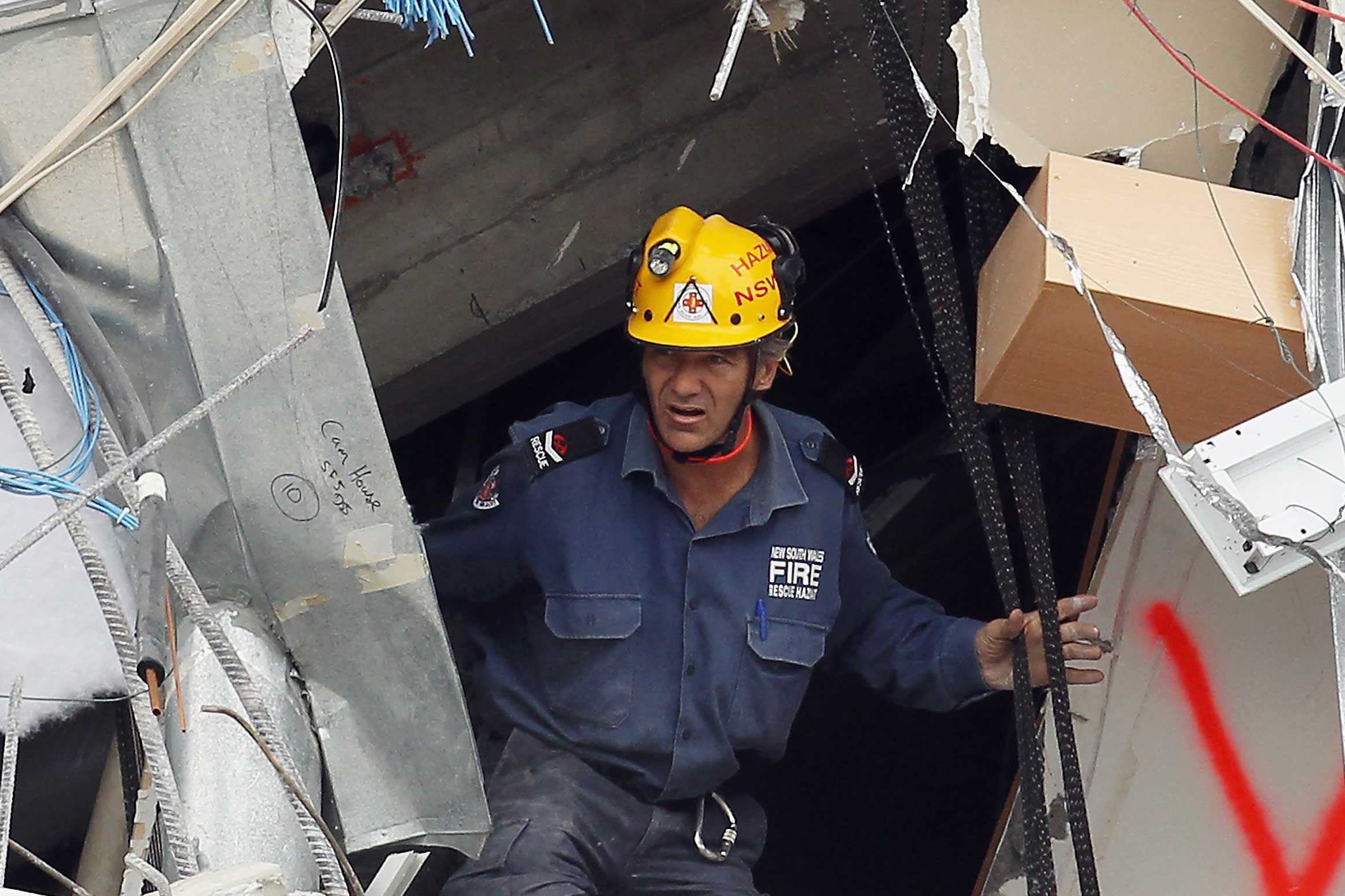 “My rescuer Steve is the bravest person I know,” she recalls. “He kept me so calm. When he sawed into the side
of my desk, so that it tilted and my hand came free, and I saw three fingers fall off and got hysterical, he said calmly to me, ‘Amanda, don’t worry about your hand, the most important thing is getting you out of here’. I take my hat off to him as he is a hero in my eyes and I owe my life to him. “I lost so much that day, not only my fingers but my beautiful friend and wonderful workmates. My injury is so insignificant compared to what others have lost and I am so grateful to still be alive and it has made me realise how special and precious my life is.”

Liza Rossie, a primary school teacher in Lyttleton, a suburb of Christchurch, recalls the mad scramble to ensure the children in her care were accounted for after their classrooms were rocked by the quake.

“The children were amazingly calm until another huge quake caused a partial collapse of the neighbouring building,” she says. “This caused a huge dust cloud to engulf us and set off screaming and cries of ‘fire’ from the children. All I could do was reassure them it was brick-dust, not smoke. Later on, people who had been nearby told me they would never forget the sound of those children’s screams.”

However, according to Rossie, from the destruction, a robust sense of community was wrought, as residents pulled together in the quake’s aftermath.

“I walked around our shattered streets, looking at the damage our historic town had suffered,” she says. “I photographed all the buildings again to help me come to terms with this loss.

“Among all the destruction came a stronger community. There was a pooling of resources; neighbours shared barbecues and those who had power and water invited those without to use showers, washing machines, internet and even spa pools. The volunteer fire brigade worked tirelessly, day-in, day-out. The children became remarkably adaptable and were adept at diving under desks or into the ‘turtle’ position for the unrelenting aftershocks and then learned to carry on afterwards as if nothing had happened.”

Plucky backpacker tidies up down there… at the Darwin Waterfront

The real Australia: BBC traveller Simon Reeve chats to TNT about his new TV series revealing the biggest challenges facing Down Under