Not keen? Last year, the inaugural event stopped central London in its tracks and was the biggest NFL event outside of the Super Bowl (600,000 people turned up!).

And it’s back, hitting town a day before the Miami Dolphins and Oakland Raiders square off at Wembley Stadium as part of the NFL’s International Series.

There will be a range of entertainment on the day including on-stage appearances and interviews with star players and NFL legends, live music, and these lovely ladies… 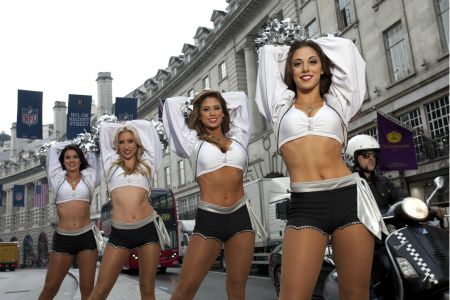 Theatre Review: The Goat, or Who is Sylvia?