A quote attribited to the Democratic People’s Republic of Korea Foreign Ministry “a preemptive nuclear attack to destroy the strongholds of the aggressors” according to BNO newswire.

Ban Ki-Moon, the UN’s secretary general said that the recent resolution in the UN security council proved that “the international community will not tolerate its pursuit of nuclear weapons”.

Leaders in Pyongyang, North Korea, are said to be angered over South Korea and US plans for sanctions.

The statement from DPRK also said claimed that they were under threat from American attacks: “The U.S. is massively deploying armed forces for aggression, including nuclear carrier task force and strategic bombers, enough to fight a nuclear war under the smokescreen of ‘annual drills.'” 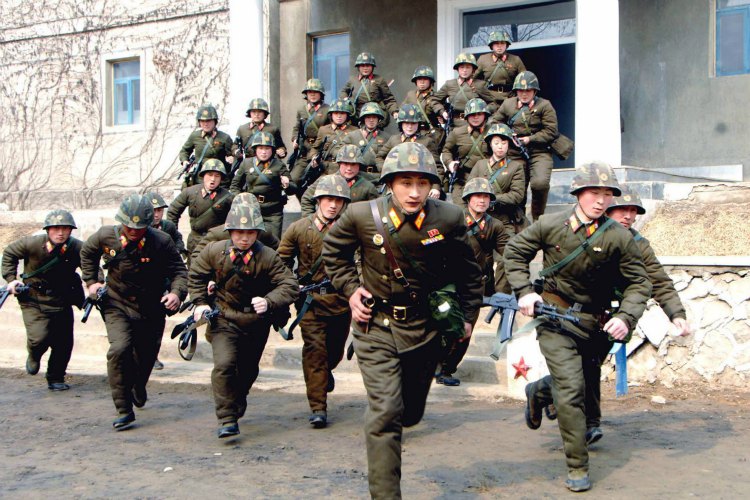 US Basketball player Dennis Rodman spoke to North Korean leader Kim Jong Un this week and, following his unusual ‘basketball democracy’ visit, told US TV “He don’t want war, that’s one thing he don’t want. He loves power. He loves control…But he’s just…he’s a great guy. He’s just a great guy. You sit down and talk to him.”

Rodman also called for US President Barack Obama to pick up the phone and give the DPRK leader a call.

Main image: A North Korean military spokesman delivers a statement to scrap the armistice which ended the Korean War in 1953, citing US moves to impose sanctions for its nuclear test and tensions over South Korean-US exercises. (Getty)