The room, which appears to have been used for people hiding from German invaders during WWII, has remained presumably untouched since the 1940’s and was discovered by pushing back wooden panels in a loft room in the house.

The students stumbled on the hideout whilst looking for excuses not to study for their exams, which features an alarm system. 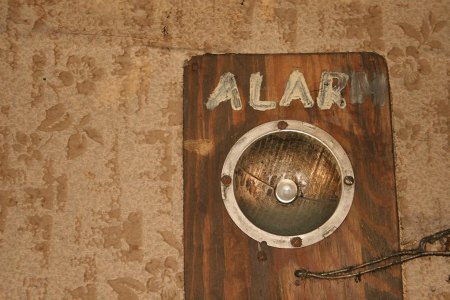 One of the tenents shared the photos on Reddit.com, explaining that their landlord had hinted there might be a secret room and challenged them to discover it.

“Took us damn long time, and was found by accident when one of the people I live with just stretched out and the wall moved.”

“I have a feeling he had already found it and only told us to make us look for it. But either way, finding it was the best prize anyways.”

An old note on the wall written in Norwegian reads: “If you have a bad stomach, you do not have access.”

Flick through the gallery of photos below, posted by Reddit user mYNDIG, which have generated a heated discussion.

Aussie government has set aside $90 million for MH370 search

Top of the Tate