Not all fun and Games: there’s plenty more to do in London outside of the Olympics

It may seem as though the entire city is about to drown under a tsunami of Olympics- and Paralympics-related events, but if you yearn to avoid riding that wave, there are alternatives to barricading yourself indoors and throwing your TV out the window.

Take, for example, another showcase of human endeavour – but light years from the Olympics – The Royal Family Of Strange People, bringing its collection of freaks and horror to the Southbank Centre until September 29.

The show, part of London Wonderground festival, is hosted by Byron Bay’s Space Cowboy and features the likes of Gary Stretch, who can pull the skin of his neck until it covers his entire face; Australian Zoe L’Aore, the Princess of Pain, who will cover her body in animal traps; and the clawed, green-scaled, split-tongued Lizard Man.

Icing the freak show cake is Space Cowboy himself, who lists among his talents the ability to swallow 27 swords at once and drag weights with hooks in his eye sockets.

He will, at the Southbank show, swallow a 65cm 2000w neon tube that will illuminate his body from within, allowing the audience an appetising look at his insides.

”We’re people just like anyone else and this show is a celebration not only of strange people, but of fantastic performers,” Space Cowboy says.

“It’s rare that people get to see anything this bizarre and we’re aiming to bring together the biggest collection of human oddities ever seen.” 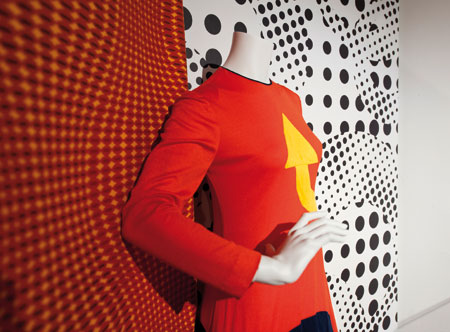 The festival, which runs in August, will be the first time these diverse one-off events have been brought together under one umbrella.

“The highlight won’t be a single event,” WeArePopUp CEO Nicholas Russell says. “It will be that more people than ever will experience a cultural evolution that has, in the past, been slightly inaccessible.”

So far the line-up so far includes a sustainability exhibition by Aussie Ben Disney and Brit Liam Muckelston and a supper club by Jimmy Garcia of Wild And Foraged Food Kitchen fame.

“Pop-ups turn the everyday into the unique,” Russell says. “The Pop Spot Festival is a chance to see a hidden London; more rooftop restaurants and shipping container shops than billboards and stadiums.”

Meanwhile, foodies should start salivating over a new project by the team behind the hugely popular food nightmarket, Long Table. Launching on August 3, Feast will serve gourmet street food in unusual locations, and will feature bands, DJs and art installations.

Organiser Lottie Campbell says Feast will further improve on the creativity and colour of Long Table. “We want the same kind of feel, but the sites will be bigger and the food more experimental,” she adds.

Better than the Olympics? “So much more fun,” Campbell promises. “And you get fed.”

Gay priests order their own murders

Video: Hillbilly from ‘Hillbilly dances with raccoon’ video has pet raccoon seized by the government