The Olympics have been a spectacular success. For many, it has been a once-in-a-lifetime opportunity, the chance to represent Team GB in a hometown Games – but for others, the hard work is only just beginning to ensure London 2012’s legacy is more than just that.

A key component of the successful 2005 bid in Singapore was legacy – both for the regeneration of the East End and for increased sports uptake at a grassroots level.

The goalposts for these aims, though, have shifted since that decision and it is hard not to see them moving again.

Before London won the Games, Stratford was a deprived area of London, with radioactive material dug up during the park’s construction, and ‘fridge mountain’ an early adopted image that represented the area’s standing.

At the time, life expectancy in Stratford was seven years less than in Westminster, a mere seven Tube stops away.

The mood of the media, and of the city, in 2005 was that the Olympics would be a farce and failure, but as Team GB soared to success and transport networks didn’t buckle, the mood turned into pride, and the aim is to do the same from this point on, too.

“I have always seen London 2012 as a sustainable regen-eration project interrupted by a few weeks of sport,” Shaun McCarthy, chair for the commission for a sustainable London 2012, said last week.

“East London has exploded on to the world stage as a place to visit, live and work. However, much is still to be done to ensure the momentum is not lost.”

In its simplest terms, according to Professor Ricky Burdett, chief adviser on architecture and urbanism for London 2012, the aim is to make Stratford “a normal piece of land”. But how? 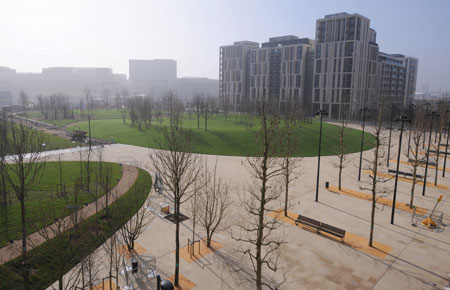 The physical space occupied by the park has undergone considerable change. Where it had one main route through before, there are now 38 bridges and tunnels connecting the area with the rest of London.

Some Olympic buildings will be removed – the Riverside hockey arena, the basketball stadium, both less popular sports in the UK  – and the Olympic Village, reborn as East Village, will have more than 2800 new homes.

There will also be six acres of wetland five new parks and a new medical centre. The problem facing this development is integrating the new Stratford residents with those who called E20 home before ‘the greatest show on earth’ came to town and to knit the Village together with the rest of London.

Key to ensuring the East Village’s place as a ‘normal piece of land’ is employment; a “happy city is an economically active one,” explains deputy mayor of London for business and enterprise Kit Malthouse, whose role is to promote London as an international venue for business.

Jobs at a local level are equally as important, though, and there needs to be continued employment to sustain the new population and to support the ‘raised expectations’ those living there are intended to have.

The infrastructure is in place to ensure this is an achievable outcome, yet it remains to be seen whether the second legacy component, the sporting one, can be quite so readily achieved.

Olympics Minister Hugh Robertson announced in 2010 the £135m lottery initiative Places People Play, intended to promote sports and its uptake across the nation.

“[It] is the cornerstone of the grassroots legacy from hosting the Olympics and Paralympics, because it delivers on the bid pledge of enabling more people of all ages and abilities to play sport,” he said.

Goals include upgrading up to 1000 sports clubs and facilities, improving playing fields, and recruiting and training 40,000 sports leaders to run grassroots events. Yet there are those who remain sceptical about the real long term impact the Olympics will have.

“It will be interesting to see if the London organisers achieve their ambitious plans to turn the UK into a more active nation, or whether the results have the same ‘firework effect’ we found in Athens,” queried Dr Sakis Pappous, of the Centre for Sports Studies at the University of Kent, at the time of the initiative’s announcement. 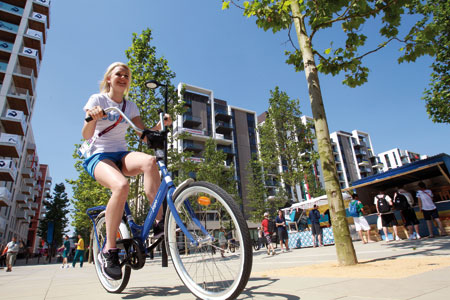 There was only a six per cent increase in sporting activity between 2003 and 2004 in the Greek capital, and five years on from the 2004 Athens Games, a 13 per cent drop in those saying they regularly exercised was reported, showing their ‘legacy’ was shortlived.

With so much based on long-term goals, it will be some time before judgements can be made on whether they have been reached – whether the East Village is a thriving new London borough, and whether young school kids have been inspired to become the next Jessica Ennis or Mo Farrah.

“The biggest threat to the legacy plans are that it moves off the political radar,” Burdett says. “It needs to stay red hot on the political agenda for the next 20 years.”

A day in politics is a long time, though, and a change in government/ London mayor/ any one of a number of external factors, could see today’s plans drastically re-imagined by tomorrow.

The gold medal glow still lingers but there is legitimate cause, and precedent, for concern. The Olympic Stadium’s future, key to the sporting legacy, remains undecided, with a decision due in October on whether it will be a home for athletics, football, F1 or entertainment, or all of the above.

London will just hope it doesn’t suffer a similar fate to Beijing’s Bird’s Nest, which remains a rusting and redundant husk four years on.

At least it looks like it will not be another Millenium Dome, barren and unused until a private mind enters the fray, but its athletics legacy has been a hard- fought battle. 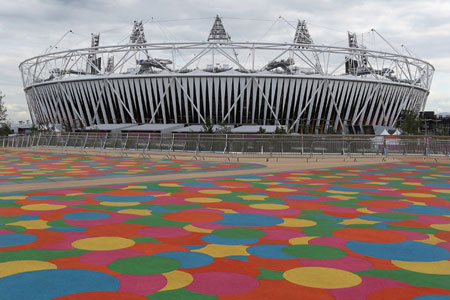 Athletics is not as popular as football, and football grounds with athletics tracks between pitch and fan less popular than those without – this is the crux of the stadium dilemma.

The battle over who will be the new tenant of the £486m Olympic stadium was key evidence for the Games naysayers, with West Ham and Spurs tangling over the post-summer 2012 residency, and a debate arising over athletics’ role in the stadium’s future, particularly the presence of the track.

There were those who wanted to tear it up and take it out, and those who argued, correctly, its continued presence was a key component of the initial bid.

A decision’s due in October, but one thing has been decided – the track will stay whatever, preserving athletics in the East End, and this was integral to the awarding of the 2017 World Championships to London.