Olympus: more than just a mountain

Mount Olympus is no anonymous place. Its name is legend, known throughout the globe. It owes its fame not to its impressive size or gorgeous trails but to the people that once lived in its shadow.

The Ancient Greeks are one of the most well-known civilisations from history. We know all about their gods, their customs, their myths and their legends. Kids grow up learning about the ancient Greeks in school and continue to hear about them throughout the rest of their lives.

Ancient Greek myths permeate our modern-day culture, woven into popular fiction such as Lord of the Rings and Harry Potter. Their ruins, thousands of years old, still stand as marvels of an ancient world, inspiring curiosity in people both young and old.

With so much of ancient Greece still around today, it’s no wonder we’ve all heard of their most beloved sacred place: Mount Olympus.

In search of Gods
Mount Olympus is so called because it was named after the 12 Olympians, the gods of Ancient Greece. These included some of the most famous figures of mythology: Aphrodite, the god of love, Poseidon, god of the sea and Zeus, king of the gods.

The 12 Olympians were known to live atop Mount Olympus’ highest peak, called the Pantheon.

Below the Pantheon is Stefani Peak, the second highest peak on Olympus and the throne of Zeus. From here, he would dole out thunderbolts and rule over Greece. He could also watch his nine daughters, the patrons of the arts, who lived just below him on the sweeping flats of the Muse’s Plateau.

Although the slopes of Olympus have been visited regularly for thousands of years, nobody ever reached its summit until 1913. The Ancient Greeks refused to climb further than the lower peaks — from which they would provide offerings to the Gods — for fear of disturbing the Olympians.

Mount Olympus was a shrine to the gods and the most sacred place in Greece, yet today nobody will stop you climbing the Pantheon in search of the gods. 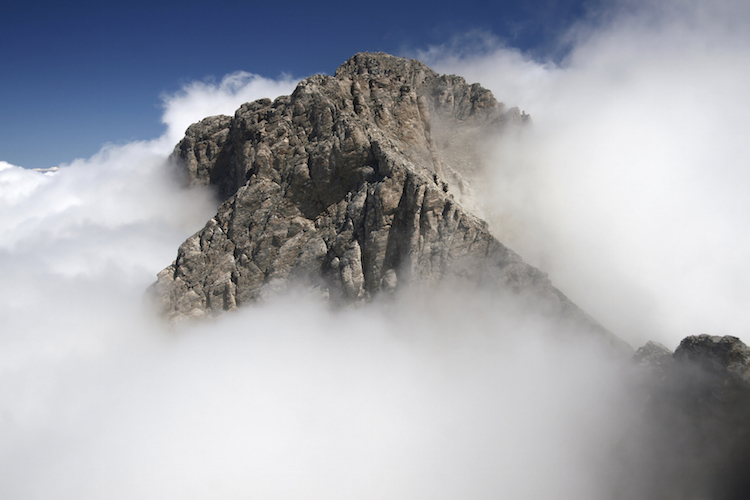 Climbing Mount Olympus
The climb up Mount Olympus is a one-of-a-kind experience that allows you to dive into a world of natural beauty and ancient history.

Most climbs begin the ancient forests of Olympus National Park. The heritage of the Beech trees here can be dated back over 10,000 years to before the first ice age.

It is believed that the forests on the slopes of Mount Olympus were protected from the brutal weather by the surrounding alpine terrain and Mediterranean climate, allowing it to thrive and survive when all life around it was snatched away by the ice.

Trekking beyond the forests will bring you to the Plateau of the Muses, a grand and sweeping plain set high in the mountains. Stefani Peak stands tall and dominant over the plateau, its striking presence leaves little to wonder about why it was chosen as Zeus’ throne. This is an incredible place to stop and take in the views, both of the plateau and the surrounding peaks.

To get to the peak of Mount Olympus, you must do three things: trek through ancient landscapes, climb to the highest point in all of Greece and set foot on ground no Ancient Greek would dare stand.

Not your usual mountain hike.

Mount Olympus is something of a natural marvel. At 2,918 metres high, it dwarfs the landscape around it, towering above the world below. The mountain’s isolated peaks cast a beautiful and striking figure against the often clear blue backdrop of the Mediterranean sky, enticing climbers the world over to conquer its challenging yet rewarding slopes.

Over 10,000 people are thought to climb Mount Olympus each year, making it one of the most popular hiking destinations in Europe.

There are higher mountains than Olympus in Europe — with plenty more offering tougher trails — so why do so many people head for its peaks each year? The answer is simple: They are drawn by the promise of adventure and the lure of legends. 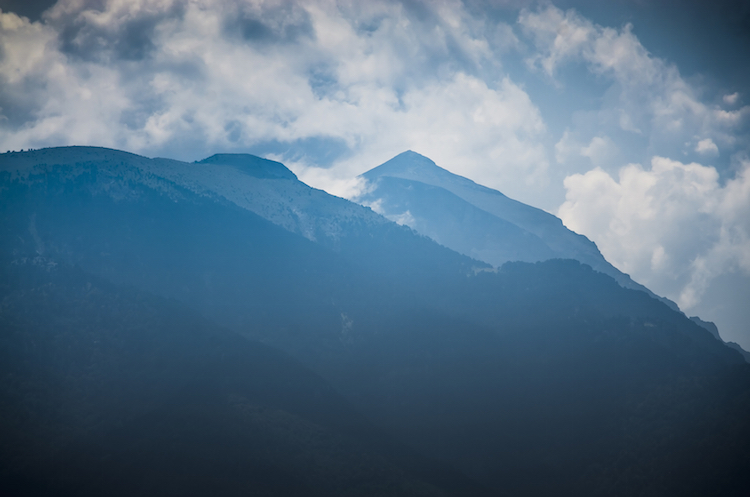 The legends of Mount Olympus
Here, it’s best to camp and rest.

In the morning, walkers set off for the peaks. The Pantheon, known to modern Greeks as Mytikas, is the highest and toughest peak to reach. With a bit of stamina and scrambling — the use of arms to support your climb — anyone can reach the top.

From here, you can look out over the Greek countryside and to the Mediterranean beyond. The view from up atop Mount Olympus is simply staggering, a worthy home for the palace of the Gods.

There are two more peaks to visit, Skala and Skolio, both with their own unique views. You could spend an entire day on top of Mount Olympus, wandering from peak to peak, and that is exactly what most people do.

As the light fades, many hikers head back towards the Plateau of the Muses, but we recommend a different path. Instead, wander down the west flank until you reach a shimmering caldera — a volcanic pool — beside a curved-roof refuge. Here, you can camp for the night, again taking in the stunning beauty of your location. This is the perfect spot for stargazing.

Finally, continue down of the mountain until you reach the breathtaking Enipeas Gorge, a tranquil forest of lush greenery, waterfalls and stunning walking trails. Spend the day gorging yourself on the wild, untamed beauty of this location before heading to a nearby town for a bus/taxi back to your hotel.

Figuring 8 things to do in the capital this week