The long-running Archie comics series, an American cultural institution which has been in existence since the 1940’s, is tackling the issue of gay marriage between two of its male characters in the issue entitled ‘The Marriage of Kevin Keller’ – and it’s caused quite a stir with right-leaning pressure group One Million Moms.

“Unfortunately, children are now being exposed to same-sex marriage in a toy store. This is the last place a parent would expect to be confronted with questions from their children on topics that are too complicated for them to understand. Issues of this nature are being introduced too early and too soon, which is becoming extremely common and unnecessary.” says a statement on the group’s website.

“A trip to the toy store turns into a premature discussion on sexual orientation and is completely uncalled for. Toys ‘R’ Us should be more responsible in the products they carry.”

The controversial group has managed to upset Facebook users who are flocking to the page One Million Human Beings Against One Million Moms to protest.

The co-CEO of Archie Comics John Goldwater said “We stand by Life with Archie #16. As I’ve said before, Riverdale is a safe, welcoming place that does not judge anyone. It’s an idealized version of America that will hopefully become reality someday. We’re sorry the American Family Association/OneMillionMoms.com feels so negatively about our product, but they have every right to their opinion, just like we have the right to stand by ours. Kevin Keller will forever be a part of Riverdale, and he will live a happy, long life free of prejudice, hate and narrow-minded people.”

The comic series seems keen to reflect contemporary issues; an upcoming storyline involves the Archie characters getting involved in an Occupy protest in their hometown of Riverdale. 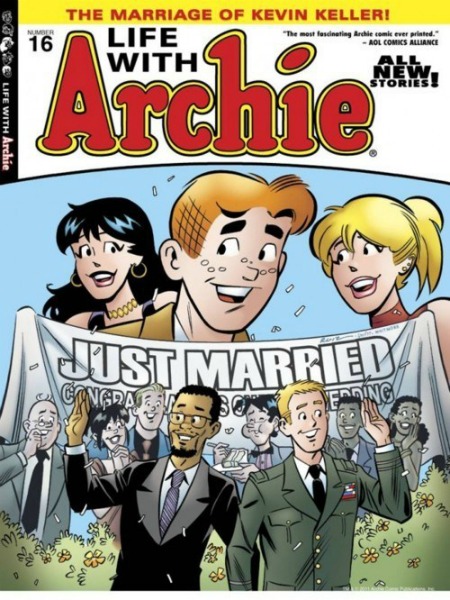 Ride On! Samsung Bike Week kicks off in London this week