Their accents should have given them away; the Aussie twang apparent underneath atrocious attempts at posh English accents … and a corgi.

In case you missed it, last week, the obviously hilarious Australian 2Day FM radio presenters Mel Greig and Michael Christian showed off their journalistic skills to the world.

So what breaking news did they uncover, I hear you ask.

They found out pregnant Kate Middleton was feeling OK after spending another night in hospital after being admitted with acute morning sickness.

Hold the bloody front page.Greig pretended to be the Queen as she called King Edward VIII Hospital in central London, managing to fool the receptionist into putting her through to Kate’s ward nurse.

The unsuspecting (seriously, do you think the Queen would actually make the call?) nurse then revealed details about the Duchess of Cambridge’s health.

Incredibly irrelevant details (she “had an uneventful night” and was about to get “freshened up”), but a privacy breach nevertheless.

In the background, Christian impersonates Prince Charles, goofily announcing the hospital “isn’t quite the palace” while someone else barks like a dog.Is this what passes as funny nowadays?

If so, I seem to have misplaced my sense of humour. It’s not funny, it’s outrageous. And not in a Daily Mail ’protect the monarchy’ kind of way.

Prank calling a hospital during the early hours of the morning to find out information of a sick patient … when is that ever amusing?

Or in the public interest – which is what the radio station, who once forced a 14-year-old to undergo a lie-detector test only for her to reveal live on air that she’d been raped, will have to defend.

Ever since the Leveson Inquiry, the UK press has been on the back foot, making sure it doesn’t step out of place.

Then you get idiots like this mob who plough in heavy-handed without thinking ‘cos they think it’ll be a giggle’.

The problem is, it’s clowns like this that drag the reputation of the rest of the media down with them.

Agree or disagree? Are the 2Day presenters idiots? letters@tntmagazine.com 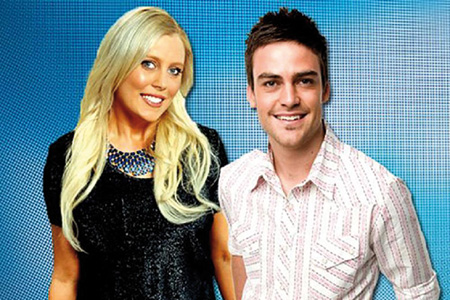 So Much for Festive Spirit

Christmas is a time for peace on Earth and goodwill to all men, or so we are told. Though, it’s not always the case.

During a visit to Pod near Fenchurch St last Thursday morning, when it was bitterly cold outside, I witnessed quite the opposite.

As I was ordering, a woman member of staff, dressed like a manager, whispered to the guy serving me.

She took over, and he wandered from behind the counter, to the seats by the windows.

There were a few people sitting there, eating breakfast, including a homeless man in shabby clothes, looking as though he was falling asleep.

The staff member told him he’d have to leave – he had bought food and finished eating, so he wasn’t allowed to stay there.

The guy raised his voice as the man paid him no attention. No one else was asked to leave.

So it seems there is some goodwill this Christmas, if you’re smartly dressed and not a homeless guy in London.

As far as you can get in this weather

Me about to start work

Lifestyle: Get out of the shopping mall this Christmas