Rupert Murdoch might be about the call time on The Sun’s longstanding topless women on page three.

But rather than praising this decision as a move forward, we should first of all be asking why such a chauvinistic, misogynistic ‘tradition’ was still even going at all.

Campaigner Karen Mason tweeted the News International head last week calling Page 3 “so last century”, to which the Australian responded she “maybe right, don’t know but considering”, suggesting he could be about to say goodbye to the boobs.

Topless titties in Brits’ most widely sold morning read – Page 3 has been going for more than 40 years, and despite campaigns like Turn Your Back On Page 3, it has gone about its business with little protest.

When it was introduced in 1970, attitudes towards women were different, but things have moved on slightly since.

It’s insulting, degrading and perpetuates the view of women as sex objects for generations to come.

There are those who dismiss it as harmless fun, but this is akin to sticking your head in the sand and saying you don’t have an opinion. Just ignoring something doesn’t make it go away – turning a blind eye is not a responsible response.

Page 3 is neither harmless nor fun. Its danger has long been its trivialising of an important issue.

And those who argue it’s actually about female empowerment are misguided and dishonest.

The women posing get paid handsomely, and no one makes them strip in the first place – it is their choice and they’re free to make it.

But anyone who suggests it’s furthering the attitudes towards women in the minds of those who buy The Sun are only fooling themselves.

It’s not a matter of taste, it is archaic, patriarchal nonsense that has absolutely no place in the 21st century.

So come on Murdoch, stop thinking about maybe making a decision about something that should have been binned years ago.

Agree or disagree? Should The Sun’s Page 3 be binned? letters@tntmagazine.com 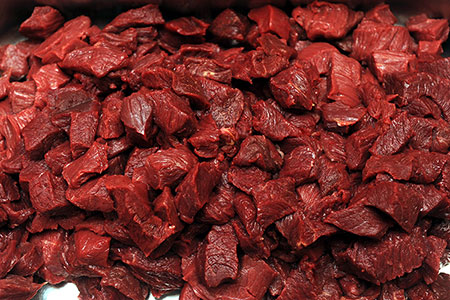 But, as I was brought up to understand, it’s a simple matter of getting what you pay for.

Which is not to say that mass fraud on an international scale that has put the lives of millions of people at risk is anything to be sniffed at.

It is shocking, truly, and those responsible should be, and hopefully will be, held accountable.

It’s just that if you pay 79p for a pack of burgers then you can safely assume you’re not getting the best end cut of an organic, A-grade cow.

Sure, it’s turned out you’re not actually getting cow at all in some cases (Tesco’s spaghetti bolognese could be up to 100 per cent equine).

But when buying ‘value’ products you are entering into a certain buyers’ agreement about the quality of the food you plan to ingest – if you buy crap, then that is exactly what you get.

Immortelli: Super Mario comissions life sized statue of himself for his house

A visit to Canterbury, England