Opinion: Post-royal baby news blues, how will the British cope?

It’s been a thrilling few months for royal baby enthusiasts. There have been daily excitements about everything from the inner workings of the regal womb to furious betting on what name will be sewn onto the label of the little blighter’s polo shirts. Of course, for non-royal baby enthusiasts, the bone-rattling boredom of these topics has been nothing short of cruel and unusual punishment.

I’m no anti-royalist, and to me a young couple who seem – despite the odds – happy and fond of each other having a healthy young baby is a reason to be (mildly) pleased. But that’s all – it’s here now, time to move on.

Not for a large proportion of the British public it seems. You’d have to be a real misanthropist to be enraged about Baby Cambridge’s arrival, but it seems there are a lot of real misery guts out there, who can’t stop jumping around, howling about over-privilege and foaming at the mouth over how much Kate paid to give birth in the posh suite at St Mary’s hospital. Every chauffeured baby visit, every pricey royal gift is fodder for fresh rage – how dare they splash the cash when the rest of the country languishes in austerity!

Of course, equally unable to return to real life are the die-hard royalists, whose appetite for royal baby news can only be sated with a four-page feature that asks: who will be the better gran – Carole or Camilla? Or just as daft, but much more sickeningly, a horrible OK! front cover offering exclusive details of ‘Kate’s post-baby weight-loss regime’. There really must be a special place in hell…

Seriously though, what are we going to read and talk about now the royal baby news is wrapping up? Britain might be about to enter its worst slump yet, this time crippled by post-baby news blues instead of the economy. Weather headlines are the only way forward. I can’t wait to see the next newspaper that leads with ‘Britain Boils!’ and a full-page picture of burned sunbathers on Clapham Common. That’s what being British is really all about.

» Agree or disagree? Are you over or a lover of royal babymania? letters@tntmagazine.com 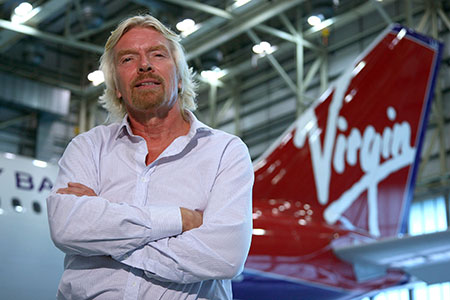 Virgin Australia has just lost a legal battle with one of its male flight attendants. Think he might have been dismissed for in-flight boozing? Or maybe he spilled one too many vegetarian pastas on someone’s lap? Nope, they didn’t like his hair.

Virgin Australia has a strict policy that all flight attendants have to conform to the company ‘look book’. This bans beards, goatees and ‘bottom lip fluff’. And male hairstyles must not exceed 4cm in length. David Taleski’s long hair got him the sack back in 2011.

What kind of creep comes up with these kinds of rules? Is there anyone on the planet that gives a stuff what hairdo the guy offering you complimentary red or white has? Only massive snobs, surely.

Anyways, thankfully common sense – and the Fair Work Commission – has finally won out here and Taleski expects to be back in the air by next week.

I Told You I Was Freaky