Orbital head back into outer space

After a lengthy hiatus, British dance-music heavyweights Orbital are back behind the decks with a new album and a series of upcoming gigs in Australia. It’s a relaunch for brothers Paul and Phil Hartnoll, whose ambient techno and acid house made them two of the shooting stars of the Nineties’ rave explosion. Although the duo are intent on moving forward rather than reliving former glories, a session reviewing and digitising footage of old performances brought back some embarrassing memories from those heady days nearly 20 years ago.

“My brother – he used to wear this ridiculous jester’s rave hat with little bells on the end of it,” Phil says of his brother. “I tried to stop him but it took about a year-and-a-half to persuade him. And when I came across these old videos of us playing in a club, I just thought, ’I’m glad it wasn’t me wearing it’.”

Although the Hartnoll boys’ storied past gave way to a lengthy split, Phil insists that any comparison to rock music’s feuding siblings, the Gallaghers, would be misplaced.

“It was a lot more civil than that,” he insists. “But it certainly reached a point where we had had enough and we weren’t stupid enough to flog a dead horse. We could have carried on but I think we both knew we had to go and do something else for a while.

“We lost our mojo with it – Paul did a solo project where he worked with an orchestra and I got stuck into DJing for some inspiration and slowly got motivated again.”

After five years apart, the Hartnolls eventually bowed to pressure to play a one-off reunion gig at the Big Chill festival in 2009. It was rapturously received by their loyal fans, delighted to see the trademark headlights, worn during sets, shining brightly once again, and the momentum towards further touring snowballed from there.

“There was enough time spent apart and we felt it was time to revisit it, but it was never a master plan,” Hartnoll says. “We did a year’s worth of reunion gigs and it then reached a point where we felt we couldn’t just keep playing old stuff. We were getting on well, so we went into the studio and it was like when we first started out.” 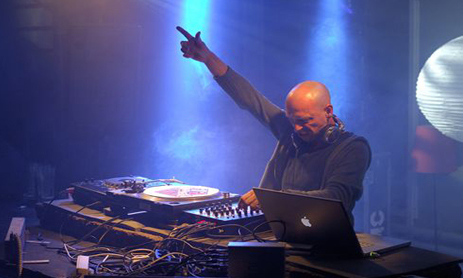 The new album, Wonky, which was released at the start of April, bears all the hallmarks of an Orbital release, its warm, uplifting anthems underscored by a softer, lilting ambience. There is nothing cold or mechanical about it and, although Hartnoll is patently proud of it, he resists making any direct comparisons with their earlier work.

“Music can be like a photo in that it captures a time but it’s entirely of that time, if you know what I mean,” he says.

“So it’s hard to compare what we’re doing now with what we were doing back them. But I’m really happy with this new album and it was enjoyable to make, and that, ultimately, was why we stopped, because we weren’t that happy with the previous two albums. You could probably have made one good one by combining them.”

Orbital’s time away, spent rejuvenating through various solo projects, was also a period of reflection. The scene today, comprising sprawling outdoor festivals in world-class locations, is unrecognisable from the world of underlit, underground clubs where Orbital established themselves as pioneers. Plenty of old-school ravers would insist it was better back then, but Hartnoll is impressed with the variety and visibility of dance music in the 21st century.

“It’s like an electronic tree, with files growing and busting out all over the place. In the Nineties, you could go to one or two big clubs and listen to the music but now you’ve got all these different nights all over the place,” he says.

“It all kicked off some time in the Nineties, with jungle, drum’n’bass, dub-step and grime. Now, you’ve got young producers who are in their twenties, who were tiny kids when techno first came out but they’re making music that draws on that earlier stuff. It’s not by design – a lot of our work, for example, probably doesn’t as well if you’re a DJ and you’re playing to a packed dancefloor in a club.”

Orbital’s sets are unlikely to feature on any cheesy dancefloor anthems compilations but their pulsating live club sets were a major factor in their early success, and their complicated, improvised performances remain one of their trademarks today. 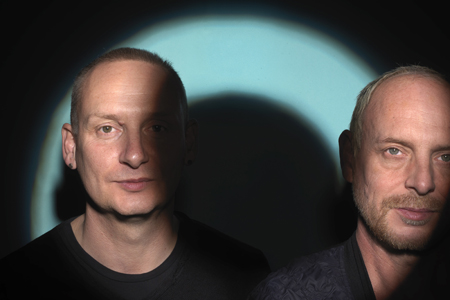 “We were lucky with our first record – we had one big club hit and if you get that then you get asked to play live shows and tour around,” Hartnoll says.

“At that time, though, you still had people playing shows, miming away. But we jumped in and did our own thing that way – it was a bit like an indie music scene in many ways.”

The relentless, never-changing thrum of trance or hard house doesn’t particularly excite Hartnoll. Indeed, Orbital remain distinct among their contemporaries for the varied arrangements of their tracks and their willingness to depart from the script when playing to a crowd – whether it’s a few dozen in a small club or, more often, tens of thousands at a banging outdoor party.

“Melody and harmony are important – we try to express emotions and convey them through music. If it doesn’t move up, it doesn’t get you,” he says.

“And the way we play live, improvising the structure of our songs, we want to keep the audience on their toes all the way through. So we can make a track last for a minute or string it out for an hour.

“That’s important – it all has to develop depending on the reactions of the crowd. It’s that connection with the audience that makes for the best gigs. We don’t really care where we play or in front of how many people.”

That said, Hartnoll admits a preference for playing somewhere with decent weather – he spends most of his time in Brighton, the sometimes-sunny seaside town, popular with exiled artists, south of London. He may yet be disappointed by what Australia turns on store during Orbital’s visit but nonetheless, Hartnoll is happy to be back Down Under, proclaiming an enduring fondness for appreciative Australian crowds unafraid to let their hair down and cut loose.

“We’ve had a fantastic time there in the past with really good crowds who are all really welcoming,” Hartnoll says.

“They’re quite wild, too, so I’m looking forward to it. They’ve definitely got a touch of the Irish in them. It’s great, though – they’re not as reserved as the English. They definitely go for it.”