Cecil Myers, father of Steenkamp’s friend Gina, regarded Reeva as a daughter and the late model and media personality had been staying at his place in Johannesburg since September – her parents live more than 1000km away in Port Elizabeth.

He had a deal with Steenkamp as he did with his daughters that if they weren’t coming home, they had to text him their plans.

About 10.30pm the night before she died, Steenkamp texted: “Hi guys, I’m too tired. It’s too far to drive. I’m sleeping at Oscar’s tonight. See you tomorrow.” 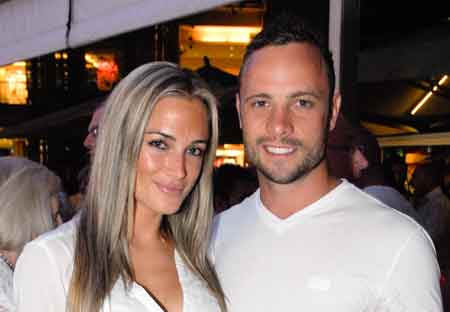 Five hours later she had been shot three times through the bathroom window of Pistorius’s Pretoria home, about an hour from her alternate accommodation.

“I’ve got this thing with all three (Reeva, and his daughters, Kim and Gina), if they don’t come home at night, they must text me. Then Reeva sent the (SMS) message: ‘Hi guys, I’m too tired. It’s too far to drive. I’m sleeping at Oscar’s tonight. See you tomorrow.”

“Tomorrow never dawned for her … I have nightmares at night thinking how frightened she must have been. Can you imagine how terrified she was?

“That was the last SMS from her phone, probably about ten, ten thirty – the time they usually SMS.”

Myers was called upon to identify Steenkamp’s body and only met Reeva’s father, Barry, at her funeral in Port Elizabeth last Tuesday.

“Her father introduced me to friends as ‘Reeva’s Joburg father’,” Myers told the paper. “He kept thanking me for being so kind to his daughter in Johannesburg, for looking after her. But how well did I look after her? She was shot.”

This comes amid reports that Steenkamp may have been pregnant when she was killed.

The National Enquirer has reported the argument the pair allegedly had before the shooting started when Steenkamp revealed she was pregnant.

The tabloid quoted a source: “Police believe the preg­nancy secret she revealed is what sent Pistorius over the edge and left her dead, with bullet wounds to the head, chest, pelvis and hand.”

While Steenkamp’s autopsy would clear up this rumour, police have said these results won’t be released. The model’s family have denied the speculation.

A spokesman for the family said: “The post mortem would have revealed if Reeva was pregnant and it did not reveal anything like this. Maybe it comes from the other side.”

Pistorius is out on bail and claims he killed Steenkamp accidentally after mistaking her for an intruder.

Prosecutors say he shot her intentionally. 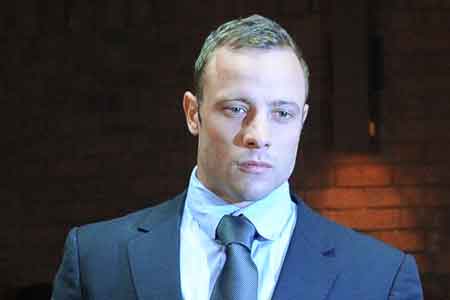 Video: George Clooney arrested outside Sudan embassy, presumably for being awesome and principled