The shark attack happened as Adam Strange swam from Maori Bay to Muriwai Beach, located on the west coast of  a short distance from Auckland.

46-year-old acclaimed filmmaker Strange was described affectionately by his family as a “glorious and great father, husband and friend”.

The shark, believed to be around 12 to 14ft long (approx. 4 metres), was witnessed by fisherman Pio Mose, who told the New Zealand Herald, “I yelled at him to swim to the rocks. There was blood everywhere. The water was red. It’s pretty scary.” 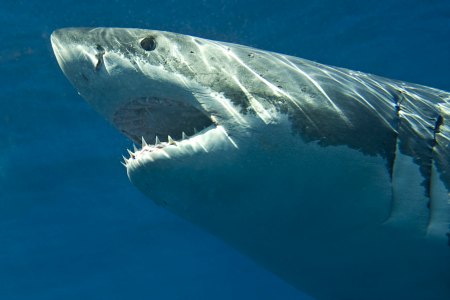 “He was still alive, he put his, head up, we called him to swim over the rock to where we were.” the fisherman recounted to Stuff.co.nz. Great White sharks had reportedly been spotted over the weekend in the area.

“He raised his hand up, and then while he was rising his hand up we saw another attack pull him in the water.” 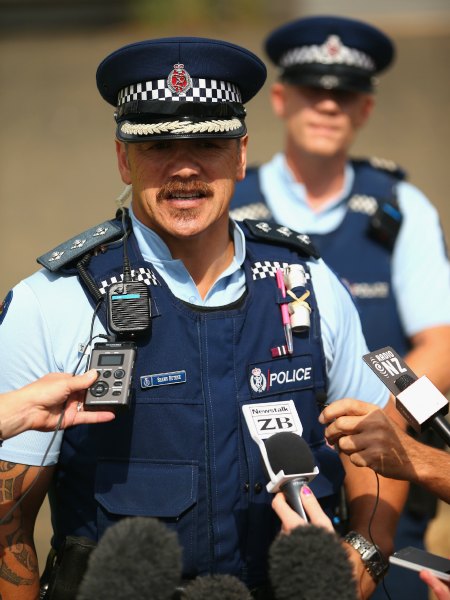 Police went out to sea on inflatable lifeguard rafts to shoot at the shark in order to recover the tragic swimmer’s body. It was reported that there may have been more than one shark at the scene. “We don’t know whether he hit it, but it rolled off and disappeared.” Inspector Shawn Rutene told local press. 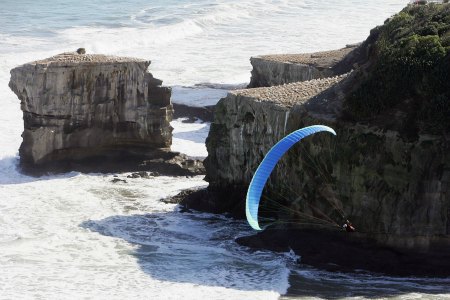 Muriwai beach is a popular destination for watersports

Main image: People grieve outside the Muriwai Surf Lifesaving Club after a swimmer died in a fatal shark attack at Muriwai Beach (Getty)

Video (below) via New Zealand Herald