Almost a third of Brits have admitted to editing the photos they post online – with new data suggesting Britain’s negative body image is to blame.

A survey on the UK’s photo editing habits has revealed that 32% of social media users are afraid to go #nofilter when it comes to the images they post online.

10,000 people across the UK were asked if and why they edited their photos before posting them on the web – with Brits sharing their insecurities when it came to the unfiltered truth.

Earlier this month, Elle UK explored FOLO (Fear Of Life Offline) and the world’s dedication to sharing “only the most photogenic parts” of their lives on social media – and the results of this new survey suggest appearances are indeed the name of the game.

As authentic experiences give way to filtered retellings, Brits say they are feeling the pressure to adjust, enhance and airbrush their images into oblivion before they make the cut.

This new study, conducted by photo printing specialist Digitalab, saw Brits bare their souls when it came to social media peer pressure and the temptation to embellish their online images. 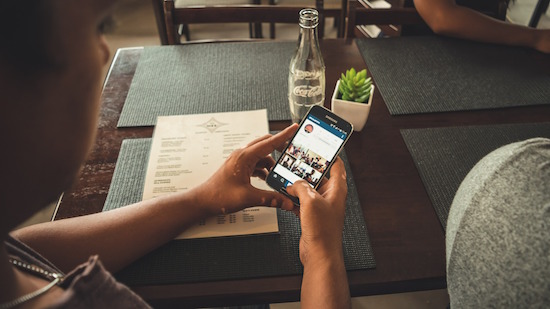 Britain’s body image
Over 20% of women in the UK admitted to editing their photos in a bid to make themselves look more attractive – while almost a quarter of 18-24 year-olds have confessed to the same photo-editing agenda.

Participants were also asked how they feel when they see another person’s online images, and a quarter of Brits described feeling unhealthy or unhappy.

For 18-24s, inadequacy proved to be a key concern – with almost 20% of younger users feeling insecure when viewing other people’s social media profiles.

Professional posts
As employers flock to social media on the hunt for new talent, the way we present ourselves online is becoming increasingly distorted – with a fifth of Brits editing images to enhance their professional presence.

In London, job prospects play an even greater role in what users feel comfortable posting online – with over a quarter of Londoners committed to posting work-appropriate photos on social media.

This is particularly true of London’s female population, almost a third of whom admitted to editing their images for professional purposes – versus just 11% of women in the North East of England.

Social status
According to the study, a resounding 42% of Brits feel satisfied when they see another person’s online photos – while in 8% of cases, the result is a sense of general superiority.

Not all Brits are feeling this same satisfaction, though, as over 10% of those surveyed have confessed to editing their photos to make their lives seem more interesting – and it appears men are twice as likely to live the digital lie.

Antisocial media
With 5% of the UK’s online population revealing they edit their images to deliberately deceive other users, it looks like there are a number of honorary catfish among Britain’s social media base – with men proving twice as likely to mislead their friends and followers.

Some Brits also admitted to cropping friends out of their photos – with over 10% of all participants, and a substantial 21% of over-65s, turning their group shots into selfies.