Palace confirms Kate Middleton, the Duchess of Cambridge, is pregnant

As the pregnancy is in its very early stages, she is expected to remain there for the next few days.

“The Queen, The Duke of Edinburgh, The Prince of Wales, The Duchess of Cornwall and Prince Harry and members of both families are delighted with the news. 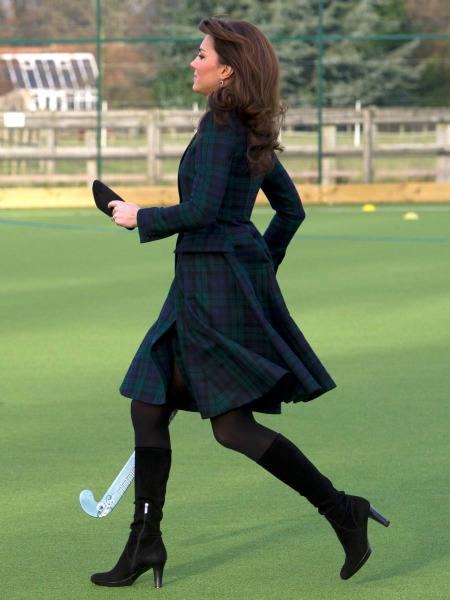 Kate playing hockey during a visit to St Andrew’s School, Pangbourne on November 30, shortly before the big announcement (Getty images)

“As the pregnancy is in its very early stages, Her Royal Highness is expected to stay in hospital for several days and will require a period of rest thereafter,” continued the statement.

It ends more than a year of speculation in the press about whether Kate Middleton was pregnant.

“I’m delighted by the news that the Duke and Duchess of Cambridge are expecting a baby. They will make wonderful parents,” he tweeted.