But those living on the Gaza strip keen to get their hands on the Colonel’s special chicken have to wait four hours for their takeaway to turn up, according to a report by Time magazine.

The expensive black market operation involves an astounding process of international phone calls, wiring money, half a mile of tunnels, two taxis and a motorbike service.

By the time the food has arrived, the New York Times reports that unfortunately “the French fries arrive soggy, the chicken having long since lost its crunch.” 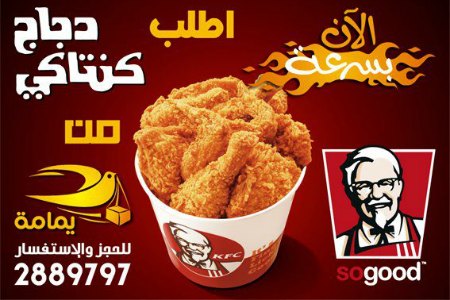 The new service for (not so) bargain bucket-loving Palestinians uses tunnels set up to bring contraband goods into the Gaza due to Israel’s restrictions on imports. 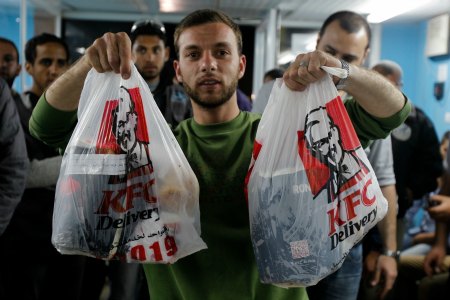 The service is coordinated by a shop called Al-Yamama (pigeon in Arabic) who take orders on their Facebook page – and have found there’s big demand for the chicken, despite the high cost.

Smuggler Abu Iyad who brings the meals through the tunnel from Egypt told csmonitor.com “I wonder why people pay a lot of money to buy a small meal of chicken. I can buy four chickens for the price of one meal.”

Video via ITN
Images via Getty

The Cycle Diaries: two Londoners cycle from London to Sydney

Creative energy: Holiday destination Christchurch offers a blend of the old and the new