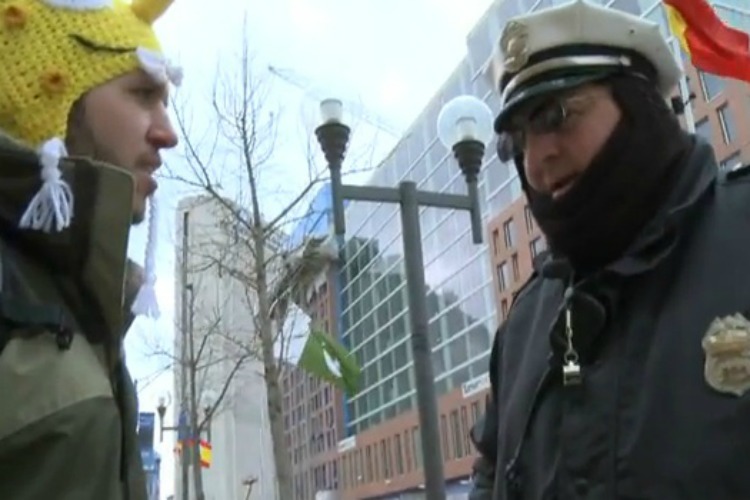 “Please let me user my taser on you, Spongebob”

“I was just testing the stream on this waterbottle!” he protests, somewhat unconvincingly. Perhaps it’s the Spongebob Squarepants hat that makes them extra aggressive, but some of the cops in the candid camera-style prank video seem to be quite disapointed they won’t be making an arrest and lay down the law.

The video, entitled ‘Cops Get Owned!!! – Epic Pee Prank’ comes with a warning from the Sketch Empire team “Please DO NOT try this!! We are trained idiots!”

Check out the hilarious video below….

Back to basics with grammar