According to Icelandic landscape photographer Ragnar Th. Sigurdsson, the secret to successful aurora photography is a combination of preparation, patience, and just a little bit of luck.

You’ll need to head into the wilderness, away from urban areas to avoid light pollution. Ragnar recommends wearing plenty of layers. “It’s a good idea to be overdressed for the occasion,” he says. “You can have all the fancy equipment you want, but if you’re chilled to the bone, you won’t be able to focus on the magical experience and pay attention to your camera.”

So once suitably suited and booted, what kind of camera do you need? A new digital SLR is by far the best option – you won’t be able to learn from your mistakes with film, while a compact camera’s functionality is too limited. “Using a wide-angle lens of at least 24-28mm is essential,” Ragnar explains, “because you’ll be using an exposure of between five and 30 seconds, you’ll need a sturdy tripod to keep your camera still. The key is to shoot with the biggest aperture and vary the exposure time and ISO – a lower ISO is better, as is a shorter exposure, but these things do not go together so you’ll need to make a decision on the spot of which to choose.”

Because of the exposure settings, Ragnar adds, it’s also vital to use a cable or remote shutter release. This means you’ll be able to keep the shutter open for longer without having to touch the camera body, thus avoiding potential camera shake in your images: the scourge of many a night-time photographer. 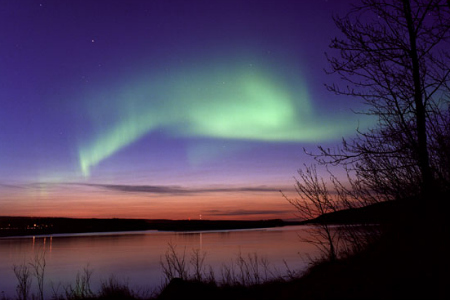 It’s best to use your camera’s full manual mode: not only can you adjust the shutter speed, you’ll also have control of aperture (f:stop), which determines how much light reaches the image sensor, and ISO, which measures the sensor’s sensitivity to light.

“Depending on your lens’s biggest aperture, select an f-stop between 1.4 and 2.8” Ragnar says, “shooting wide open to allow as much light as possible to enter the lens. Don’t choose a lens with a maximum aperture of f.5.6, as this will require a more than one-minute exposure to get even a half-decent northern lights photograph.” 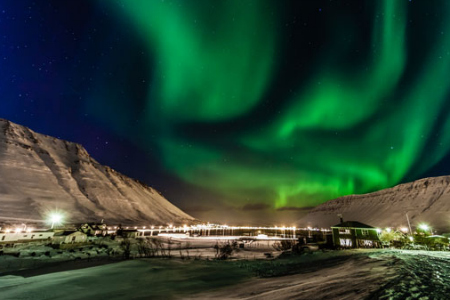 Once your camera is set up and you’ve selected your preferred initial exposure and aperture settings (bear in mind that there will be an element of trial and error once the aurora grace you with their presence), it’s time to select the correct ISO setting.

“Somewhere between 400 and 1,000 is fine,” Ragnar explains, “as this will increase the sensor’s light sensitivity. By exposing for 5 to 30 seconds, you can determine from the histogram if the exposure is satisfactory. Be aware that, in the darkness, the images will appear bright on your camera LCD, especially after your eyes have adjusted to the low light. And remember to bring spare batteries – not only will you be regularly reviewing your pictures on screen, you’ll be using long exposures, which drains power more quickly, as does using your camera in the cold.”

Ragnar’s final technical tip is to disable autofocus as your lens won’t be able to ‘latch’ on to anything in the dark. Instead, autofocus on the moon area light source far away and then turn off your autofocus.

“I even put a tape on the lens to prevent me from putting the camera out of focus by accident!” says Ragnar. And one last tip – “if you’re shooting in sub-zero temperatures, watch out not to breathe on your camera or lens, as it will freeze instantly. Then all of this effort would be in vain!”

That may be the technical stuff taken care of, but as Ragnar says, it’s not about having the latest equipment but rather the joy of taking photographs and concentrating on mastering the kit you have. “Perfect your techniques with your existing gear before going on a spending spree,” he urges. “Bigger and better lenses won’t make you a professional photographer and will just give you a sore shoulder from carrying them around.” 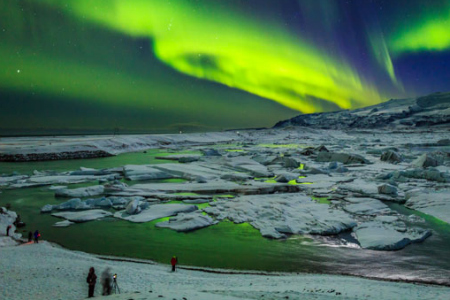 Being comfortable using your camera is one thing, but being prepared for the spectacle of the aurora is quite another – and we’re no longer referring to practicalities. This is such an otherworldly display that countless would-be aurora photographers have simply gazed up in awe, forgetting to pay attention to their camera. So can Ragnar’s superb northern lights images be partly attributed to him being ever-so-slightly desensitised by the northern lights?

“I still say ‘oooh’ and ‘aaah’, but after all these years observing them the displays need to be quite big,” he jokes. “But the first time you see them you won’t believe your eyes – enjoying the night sky, the silence, the darkness and the brightness of the stars is out of this world. Of course, you need patience – I often wait several hours, but they do come. Seeing is believing, and experiencing is feeling.”

Photography tips and image courtesy of Ragnar Th. Sigurdsson and Discover the World.

Maria Bain is a freelance travel journalist and blogger. Having travelled her whole life, lived in five countries around the world and received an English Literature degree, Maria is both a passionate traveller and writer.