Following destruction in the Philippines of Typhoon Nesat, officials faced a public relations battle this week following a Photoshop mishap that has gone viral worldwide.

An image of the public officials from the Department of Public Works and Highways surveying the damage to the seawall in Manila bay was posted on Facebook and quickly recognised to be a fake. After mocking comments the image was removed, but the damage had already been done – the image was widely circulated. 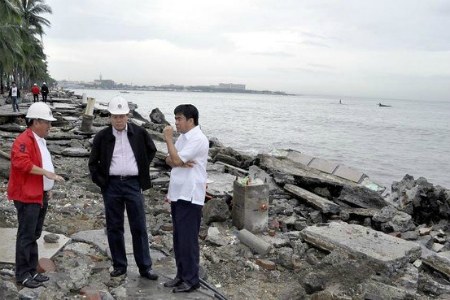 The original image from the Department of Public Works and Highways

Soon satirical images started to appear of the trio in unlikely scenarios, in the background of Da Vinci's The Last Supper, surfing on giant waves, at the moon landings and even reimagined as cast members of The Simpsons.

It was widely assumed that the officials had not bothered to visit the site and the fake photo was a PR stunt – but the public department quickly issued a statement and photo to confirm that they were.

Undersecretary Romeo Momo, Director Rey Tagudando and District Engineer Mikunug Macud from the Department of Public Works and Highways were actually at the seawall in Manila Bay, according to sources at the department, but had been cropped from another image and placed unconvincingly into a new one. 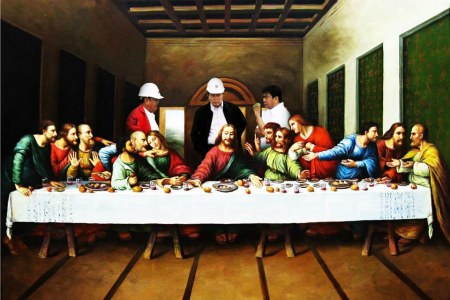 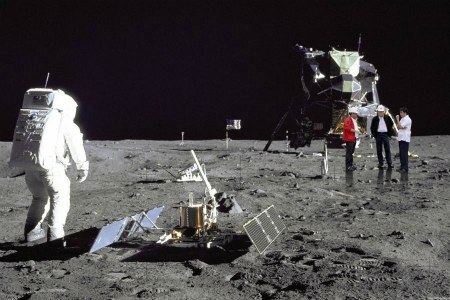 The surveyors visit the moon landings – from the DPWHERE? Facebook community 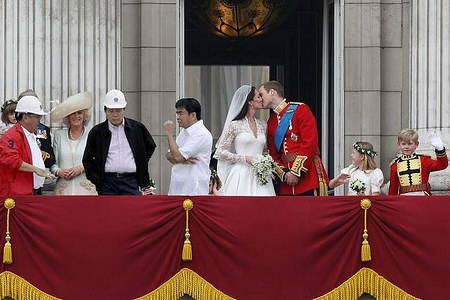 The officials make an uninvited appearance at the Royal Wedding

A statement from the DPWH Public Information Division (PID) in Manila apologised to the officials involved but stopped short of making amends for photo fakery. “We would like to apologize to Undersecretary Romeo Momo, Director Rey Tagudando and District Engineer Mikunug Macud for whatever inconvenience that may have caused them regarding the photo earlier posted," 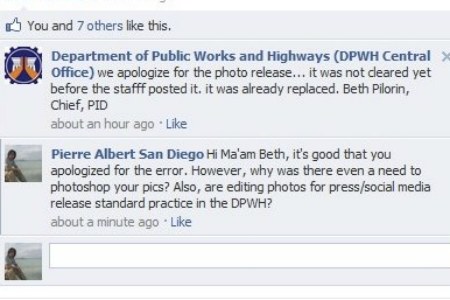 Large sections of Manila, population 13 million, were without power during the typhoon, and there was widespread destruction of housing. 39 people were killed and 31 remain missing.

Main image: The trio face the running with the bulls Pamplona by Argem Vinuya

Chip on your shoulder? Find the best fries in London…